Cesar Milan is he a good or bad guy? 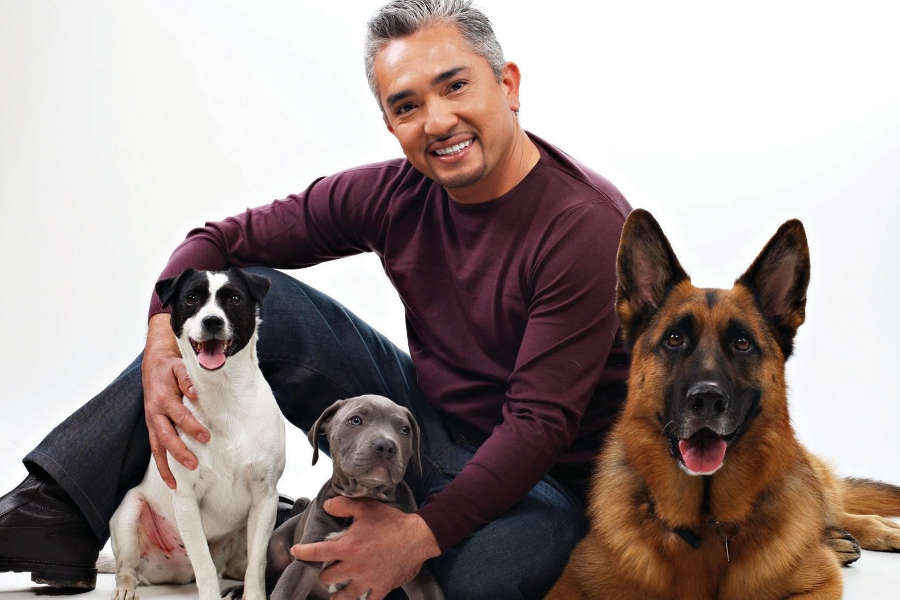 I HAVE been involved in dog training for over 55 years during which time I have used methods that I was taught in the Israeli Police and some which I invented for my own working systems. All those involved in the UK canine industry really have to thank the late Barbara Woodhouse who in the 1960s/70’s introduced dog training with her famous phrase ‘Walkies’ and in my opinion Barbara, a pioneer, was a passive trainer.

Prior to Barbara Woodhouse 90 per cent of dogs were yard/garden dogs living outside, not in a kennel.

During the 80’s Roger Mugford a renowned Zoologist introduced the head collar called the ‘Halti’ which was a new method of controlling dogs to walk to heel, similar to a horse Halter. Everyone has a lot to thank Roger for his idea which is now copied throughout the world. Many in the industry including myself laughed at the idea of walking a dog on a head collar. Like everything in life there is progress, the Halti was an ethos into the canine training industry.

Over the past 25 years there have been many new concepts and studies and as a result more positive reinforcement training has been used to educate people who have pets. We now know through studies that dogs are not pack animals! It has been proven that many of their genes are not that of a wolf. There are no pack rules, we should raise dogs as we raise children, and our dogs should also go to a school.

I am aware of the type of training methods used by Cesar Milan, the Mexican from the USA who has many TV shows which includes using electric collars and tapping the dog’s body and feet with his foot which appears to people as if he is kicking the dog. Cesar’s system unfortunately is now completely out of date and he is self-taught. He says he never hurts the animals, only touches them lightly.

In the The Mail on Sunday, Cesar robustly defends his methods. ‘I am not brutal or cruel to animals’ he insists. ‘My mission has always been to save dogs ‘especially troubled and abandoned dogs. I have dedicated my life to this. My new TV series is all about saving shelter dogs and rehabilitating them so they can be adopted by good families.

Cesar insists he uses the more controversial techniques only on what he calls red-zone animals: aggressive and abandoned dogs that could never be re-homed without proper training. He says he never hurts the animals, only touches them lightly. But he also says that spike chokers and electrical devices ‘may be helpful.’

To be continued next week…