We could be importing a Trojan horse 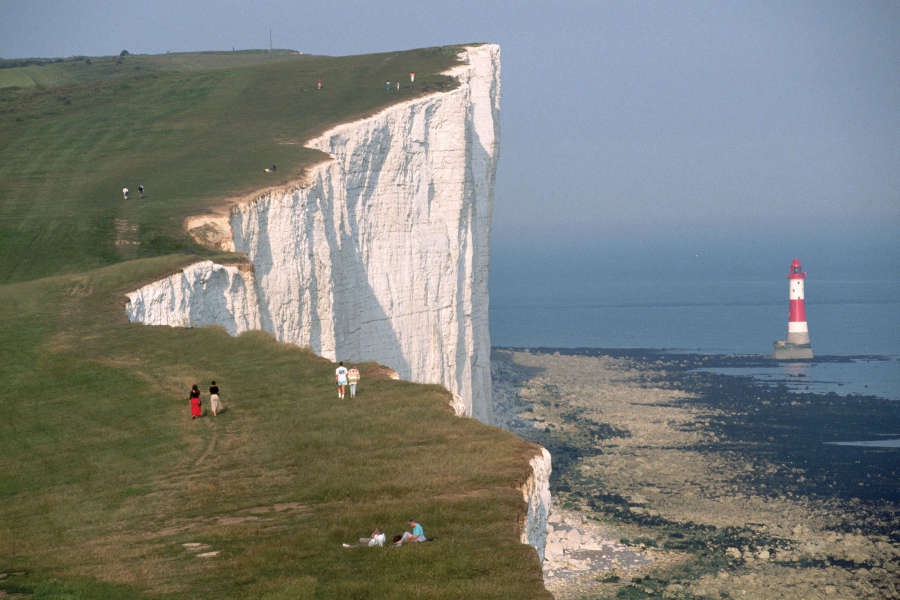 DISASTROUS MISTAKE: Will Jihadists land in the shadow of the White Cliffs?

IF Jihadists invaded UK shores, where would migrants’ allegiances lie?

AN interesting reaction by the Spanish police in Gandia last week. After arresting a woman for allegedly trying to recruit other females to fight for ISIS, they cuffed her and paraded her down the street fully burka’d up.

Personally I think they should have kept going all the way to the airport and shoved her on a plane to Syria. With a bit of luck she’d have been ‘martyred’ in a week.

The problem I have with all this migrant business is that the majority of those wishing to cross into European countries are mainly pretty fit and able-looking young men; presumably running away from the various battles that plague their countries.

I’m sure if the UK was being overrun by alien forces, most of the true Brit young men would be fighting to the death to preserve it. Fighting on the beaches, in the hills and so forth. Not so this lot, it seems. I wonder, if we do let them all in (which in my opinion would be a disastrous mistake), and one day we find the Jihadists landing in the shadow of the White Cliffs of Dover, would they all then fight for the country that gave them sanctuary? Somehow I doubt it. Faced with the murderers who terrified them in the first place, I for one am pretty certain where their allegiances would finish up.

Along with the undoubted scores of ‘sleepers’ and Muslim extremists already entrenched in our towns and cities, we could easily be importing a Trojan horse; the contents of which could one day rip the UK apart.

I do of course feel considerable compassion for the poor little waif washed up on the beach and to me the answer is simple; only allow families to enter the UK. Wives, husbands and children. These are the ones who truly need the extended hand of our compassion.

I also see they also recently arrested another woman and family just before she managed to cross into Syria. Apparently they’re shipping them all back to the UK. Oh good! Yet another bunch of disgruntled potential terrorists walking the streets of the UK. I dunno, sometimes I really do despair of it all.