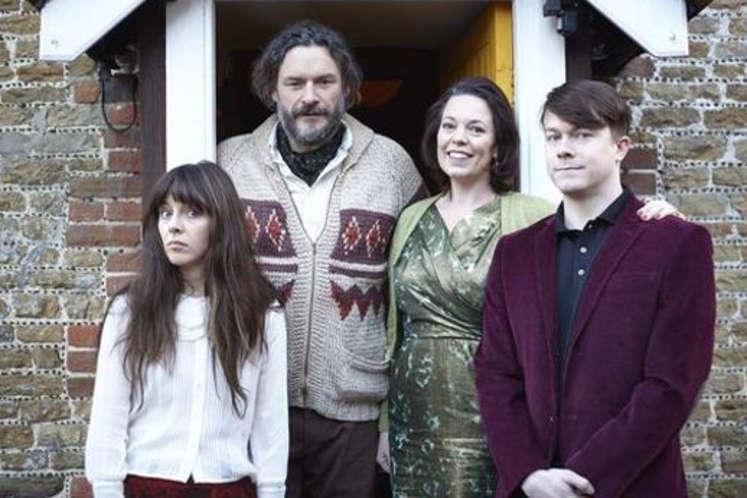 JUST when you thought you’d seen Olivia Colman in everything, she’s now signed up for a new Channel 4 sitcom.

The Broadchurch star will lead Flowers, a six-part dark comedy co-starring The Mighty Boosh’s Julian Barratt, which was first filmed as a pilot last year.

Written and directed by Will Sharpe, Flowers is based around the eccentric Flowers family as children’s books author Maurice (Barratt) and music teacher Deborah (Colman) struggle to maintain their wobbly marriage.

Maurice struggles to keep his dark secrets, while Deborah is convinced that he is having a gay affair with Japanese illustrator Shun (Sharpe). Also living with the couple are Maurice’s nutty mother Hattie (Leila Hoffman), and their 25-year-old twins Amy (Sophia di Martino) and Donald (Daniel Rigby), who are both competing for the same girl. Writer Will Sharpe said: “I feel very lucky to be making this show with Kudos and Channel 4.”

Flowers will air in 2016, with full broadcast dates still to be announced.

It wouldn’t be Christmas without Sir Bruce Forsyth on Strictly Come Dancing – and the veteran host is returning once again for the ballroom show’s festive special. The 87-year-old, who officially stood down as presenter of Strictly in 2013 after a decade, is also coming back for its Children in Need episode.

Strictly Come Dancing 2015 winner: We rank the celebrities’ chances of topping BBC One’s dance-off. Forsyth said earlier this year that he felt “stale” towards the end of his tenure on Strictly.

Claudia Winkleman replaced him as Tess Daly’s co-host on the 12th series, but Forsyth again made appearances on the 2014 Children in Need and Christmas specials. The BBC has announced that the dancing competition will be taking place at the Blackpool Tower Ballroom halfway through the series once again.

If you would like me to answer any questions you may have on satellite TV or to expand on anything I have written about please call me on 678 332 815 or email [email protected] I look forward to your comments and questions. Don’t forget to listen to my radio show every week day from 10am on Spectrum 96.1 & 106.8FM, now covering almost 3,000sq kms of Costa Almeria and Calida or listen online at costaalmeria.spectrumfm.net for the latest news and views from the world of satellite television.