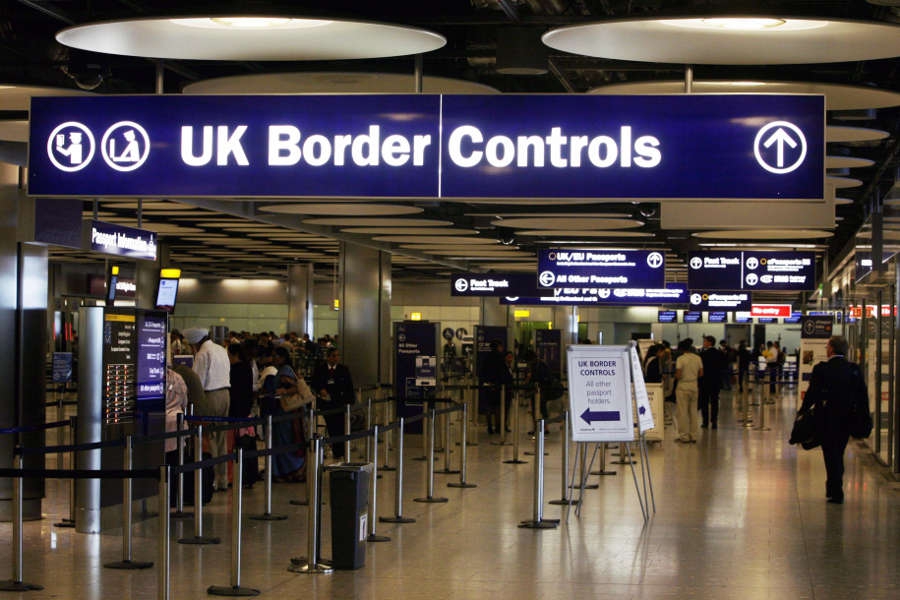 BORDER CONTROLS: Refugees should be relocated across the EU.

‘BRITAIN must become part of a permanent EU migrant quota system!’ So declared EC President, Jean-Claude Juncker, upping the ante as he demanded that 160,000 refugees should be relocated across the EU, a scheme that David Cameron warns could encourage more people-smuggling and even more refugees to risk their lives travelling to the continent.

As thousands desperately seek safety, Germany and Sweden offer welcome. Some Eastern European nations will admit only ‘Christians.’ Italy and Greece, swamped by refugees, demand help. France and Austria prevaricate. Spain says it’s got enough problems. And Britain tries, as usual, to play by the rules.

Namely asylum must be sought in the country of arrival, the main aim being to stop refugees ‘asylum shopping.’ What we have, and will inevitably continue to see, is a breakdown of those rules, the consequence of which may well lead to very serious civil disorder in a number of countries.

But why does it take a series of monumental disasters for politicians to realise their mistakes? The EU Schengen agreement removing border controls was at the outset lunacy.

How many ISIS terrorists are now travelling freely between EU countries? However, the UK government is right to accept refugees (genuine ones) from camps in Syria. They’re the ones who need help the most, not the hoards of predominantly young males from camps outside Calais who have turned that patch of countryside into a rubbish tip. If they were in danger, why didn’t they stay there to give them safe haven, rather than risk life and limb to get into the UK?

A final thought. How many Syrian refugees will the United Arab Emirates, Qatar, Bahrain and Kuwait accept? They’re some of the world’s wealthiest nations. Will they give them full rights and benefits to remain permanently? It isn’t enough just to give monetary donations.

And America, the first in the conflict zone, what is it doing to help? Why aren’t some of its ships in the Med transporting some of the displaced to safety?

But for words of wisdom on the subject, maybe we should turn to former US vice-presidential candidate, Sarah Palin. Yes, the very same who demands immigrants to the US should “speak American.”