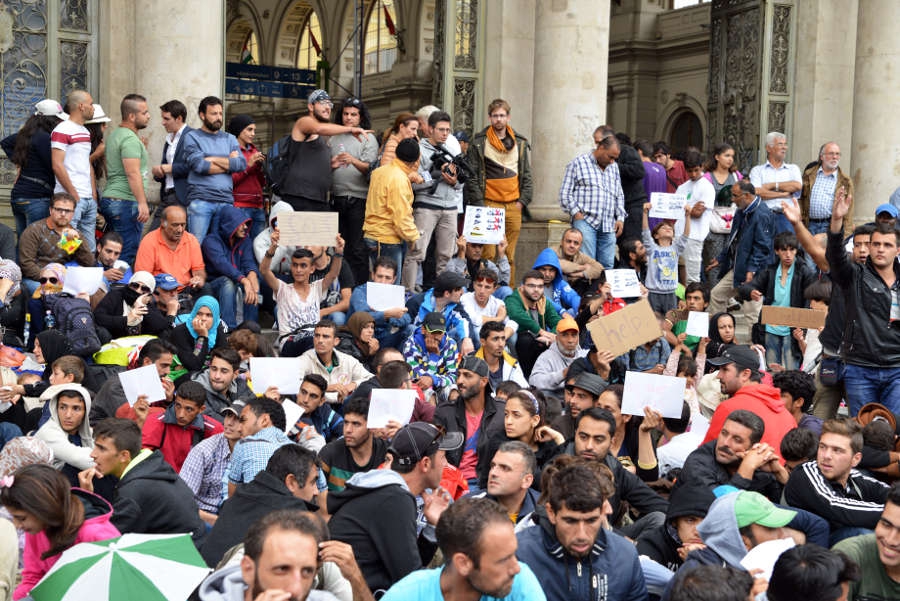 THIS was how The Sun described news that PM David Cameron authorised a fatal drone attack on two British jihadists but it could equally describe his reluctance to match Angela Merkel’s apparent fool-hardy open-door policy to the refugee crisis.

A policy already facing a backlash inside and outside Germany as Europe’s strategy for tackling the crisis continues unravelling.

An emergency effort led by Germany to force EU member states to accept mandatory refugee quotas collapsed in discord, leading to threats of financial penalties against mainly Eastern European countries and provoking comments from Slovakia they would bring the ‘end of the EU.’ In fact, the great migration has already led to the unravelling of one of the EU’s signature achievements: its Schengen system of border-free travel.

It’s alarming national policy should be formed on the basis of emotions. The Syrian father of the drowned child who originally prompted the open-door policy was already in Turkey, safe and working.

He’s faced a backlash as a people smuggler, too, and blamed for the boat capsizing leading to several deaths. Germany’s welcoming stance and open-door policy merely encourage this tide.

How much better to use British aid money to help the refugees in the camps adjoining Syria, from where they might one day return home, rather than throwing out a welcome mat that encourages the use of dodgy routes across Europe. David Cameron should stick with his policy of treading the sensible line between keeping the British opt-out on refugees and not appearing heartless.

But it didn’t take long for the sleb Luvvies to jump on the bandwagon with the charidee single ‘Help Is Coming,’ did it? “How do you go from watching the news to releasing a single to help the victims of the refugee crisis in just a week?” asked one. Answer: by being a comfortable, middle-class individual on a guilt trip who can afford to avoid the negative aspects of mass immigration.

I don’t know what your views are of Bono, Bob Geldof and the others. Regular readers of this column may recall my ‘lift’ test. In other words, would I want to be stuck in a lift with any of them? Hell, I’d rather take in a refugee family.