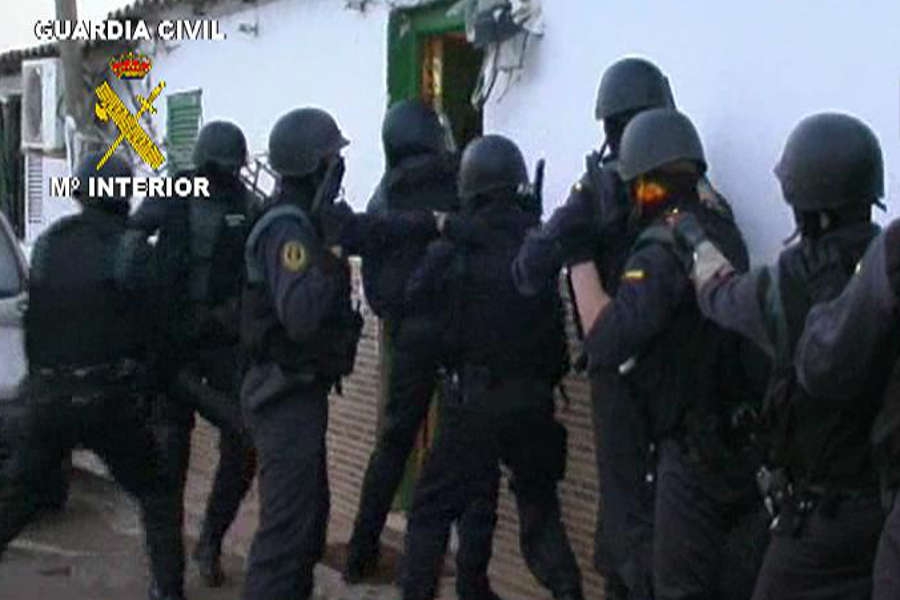 A DRUGS bust carried out in the Son Gotleu area of Palma and other areas of Mallorca and the mainland resulted in the arrests of 27 people, including a Guardia Civil officer.

The raid began at around 6.30am, when some 25 Guardia Civil officers entered a building where drugs were allegedly being sold. At around 9am, when families were taking their children to school, three fully armoured and equipped officers were still breaking down doors as part of an operation codenamed Constante. Residents report seeing a helicopter flying low over the area and were concerned that something serious had happened until they learned it was ‘just’ a drugs bust.

More than 20 other properties in Palma and the rest of Mallorca were entered and searched during the morning. In Binissalem they even reportedly searched a property which turned out to have nothing to do with drug sales by mistake.

At the same time, searches and arrests were carried out in several points on the mainland. Sixteen people have been remanded in prison.

The Guardia Civil had had their eye on the network of Colombian drug traffickers for more than nine months. The operation was led from Mallorca, where the leaders even kept checks on how the drugs were grown in the Colombian jungle, as well as how it was made in laboratories, and sent to Spain via ‘mules’ or in the post hidden within sheets of paper. Then, in Spain, it was cut and divided into doses of one gramme and sold to users.

The whole process was under the control of the network, leading to huge gains.

Ten kilos of cocaine were seized in the operation, in which 140 Guardia Civil officers took part, as well as cash, presses, scales, heroin, hashish and anabolic steroids.

The officer who was arrested allegedly sold the anabolic steroids in gyms on the island. His Llucmajor home was searched, revealing the products he sold, as well as 500 grammes of hashish.