Be grateful you weren’t here 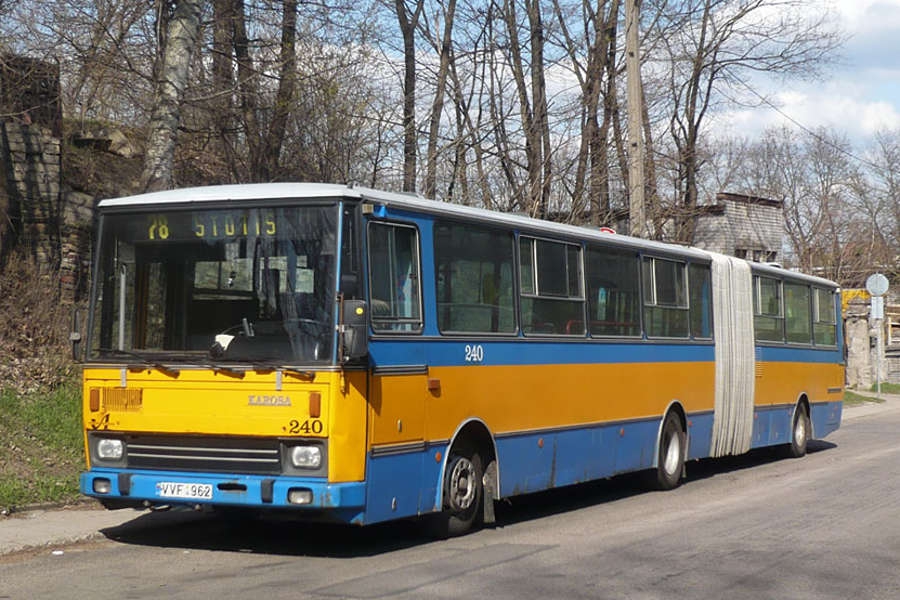 BUS SERVICE: Lithuanian commuters prefer the impersonality of the train.

Squatting between Poland and Latvia is insular malevolent Lithuania.  After 10 blissful days in Latvia and Estonia we were warned against visiting this Baltic State but decided to go anyway.

Speak English not Russian was the advice given. Problem; the Lithuanians dislike Russians but few speak English.  At the border our documents were scrutinised by grim-faced border control officers. The Red Army departed in 1991 but left the Soviet mind-set behind.

The following day our tetchy bus driver took us to Kaunas, parts of which resembles Berlin 1945. There, the clown hit the brakes so savagely an unfortunate lady passenger was catapulted against the bus windscreen shattering it. The ambulance and police arrived 20-minutes later; for all the use they were why did they bother?

It doesn’t get any better in chip-on-its-shoulder-land. It was now clear why a Lithuanian explained that commuters prefer the impersonality of the train as a travel alternative.

That afternoon, our bus driver from hell examined our tickets; in large letters KAUNAS to KAUNAS AIRPORT €1.04.  Having twice reassured my Russian speaking non-Russian wife of the airport destination we took our seats.

We were 30-minutes into the 15km journey when she again sought reassurance. He brusquely told her; “We are not going to the airport, we are going to Vilnius,” which is in the opposite direction.

Despite her distress and passengers’ alarm the driver refused to allow us to alight. As a consequence we were stranded in Lithuania for a further three days and incurred airline and hotel costs exceeding €750.

Of course we rattle the Lithuanian cage but the monkeys inside offer only a one-fingered salute. The State Department of Tourism and police are indifferent; if a driver of a public service vehicle doesn’t allow a passenger to alight it is false imprisonment; this is the law. The complicit bus companies suggest the labyrinth process of bureaucratic complaint simply to consider the issue.

A Latvian friend tells me Ecolines Bus Service offer tickets for the 300km four-hour Riga to Vilnius trip at €4. No thanks, we prefer North Korea.