Sundance Spas – A story of success 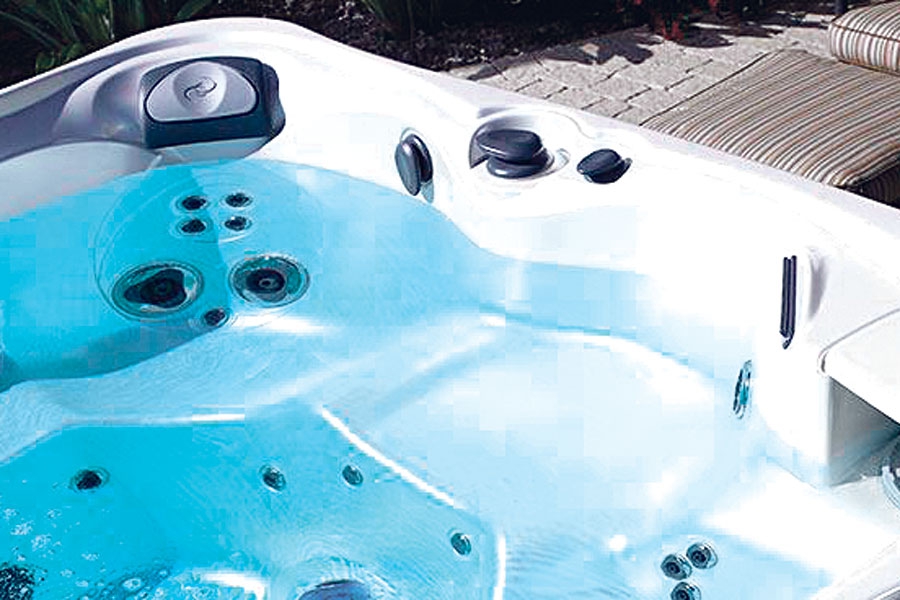 CHARLES ALMAN bought a small company in a rented office next to the restaurant Mediterraneo that cleaned pools in 1996, and he named it Pool Maintenance S.L.

From the start, the company began to grow. He decided that maintaining pools was not enough of a challenge so he moved to a bigger office and started to sell spas (known as Jacuzzis in Spain). As the company grew he moved three times, until he acquired his current showroom of 250 square metres. Charles selected Sundance Spas, one of the best spas in the world, to sell in his showroom.

Two years after becoming a distributor for Sundance Spas, he was summoned to the company’s headquarters in Los Angeles. There they asked him to take over the distribution and importation for the whole of Spain. Vicky soon joined Charles as his secretary, assistant, saleslady, etc, etc. The company went from strength to strength and saw Charles traveling to America on a regular basis. As the importer for Spain his role included building a network of distributors to sell Sundance Spas all over Spain.

Trade shows in Barcelona and Madrid soon brought distributors to cover most of Spain and this meant that Charles was more and more on the road visiting his distributors from San Sebastian to Cadiz. Shortly afterwards, the Canary Islands and Portugal were added to his territories. At the same time, with the building boom in the early 2000s, the pool maintenance company expanded from three employees to seven. The staff not only maintain pools but also do running repairs to pools, filters, pumps and pipework.

It has specialist staff that can acid wash and grout your pool as well as replace leaking pipes. Two of Charles’s employees are electricians and plumbers. This means that they can do all the installation and supply the equipment required to heat your pool. With the company growing, people began to know it as Sundance Spas rather than Pool Maintenance, so Charles decided to rename the company Sundance Spas Pool Maintenance S.L. When the economic acrisis hit Spain nine years ago, the sale of spas fell drastically due their luxury nature.

However, this did not deter Charles, but spurred him on to search far and wide for more economical spas, finally finding Passion Spas in Holland. This new brand of spas has satisfied a new market and now sales are on the up again. Last year Sundance Spas bought out Caldera Spas in Antas and now the company supplies three brands of top quality spas. Charles does not only sell spas but is also an avid fan of the spas or hot tubs, as they are also known.

Not only are they fun and relaxing, but a spa is very therapeutic and also improves your health, if you suffer from Type B diabetes, arthritis, aching joints, stress, strain, and have circulation problems. Spas are very easy to maintain and can be used all 12 months of the year. They can also be placed virtually anywhere, all they need is an electrical connection and a water hose close by. Normally the company can install a spa within the week if it is in stock, that is why Charles always has more than 40 spas in his warehouse in Antas and his showroom in Mojacar Playa.

All in all, Charles and Vicky make a great team, having been working together for more than 13 years. If you have any questions regarding swimming pools or spas, please contact them on 950 472 845 or visit the Mojacar Playa showroom at 165 Paseo del Mediterraneo. www.sundancespas.com