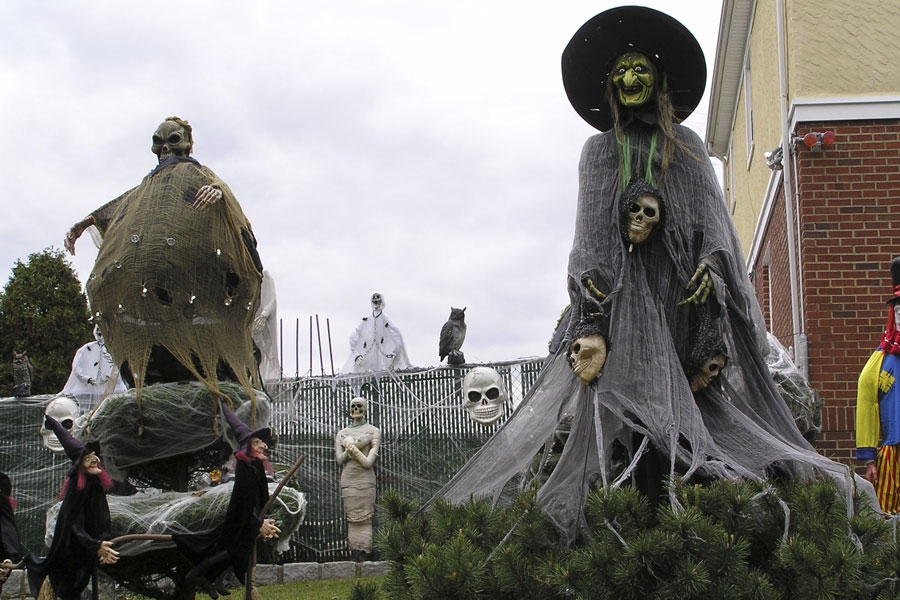 MY first experience of Halloween was in 1974 when I lived briefly in Pennsylvania.

Sure I had heard about it, but in those days it was not much celebrated in the UK and was to all intents and purposes another one of those strange exclusively American traditions.

That’s not quite true of course, because All Hallows Eve as it should be correctly termed, has been celebrated one way or another since pre-Christian times.  But the form it now takes as a fun night out for children is a fairly recent phenomenon.

So it came as an eye opener to experience firsthand the sight of small kids dressed as wolf men and mini Christopher Lees ringing the doorbell and demanding sweets or face the consequences.

I never did discover what those consequences might be, because the friends with whom I was spending the evening kept a large dish of candy by the front door and seemed to revel in the whole strange experience.

This pagan festival was hijacked by the Catholic Church and in the 9th century All Saints Day was moved to its present date, in part to try and halt the spread of paganism.

I don’t want to be stuffy about this and spoil the fun.  Nevertheless the origins of All Hallows are steeped in the pagan belief that the spirits of the dead revisit the living every October 31, and if gifts of food are not offered, then dire consequences will follow.  Hence trick or treating.

Significantly October 31 ranks as only second in importance to Walpurgisnacht (April 30) in the Satanist calendar.  And whilst most modern day witches are just silly people getting their jollies dancing naked at midnight and having unrestrained nooky, there are some seriously bad and influential individuals out there practising the ‘true craft.’  Something that came home to me in a very real way many years ago, and not an experience I talk about now.

Suffice it to say I worry that Halloween has wrongfully been portrayed as a bit of harmless fun.