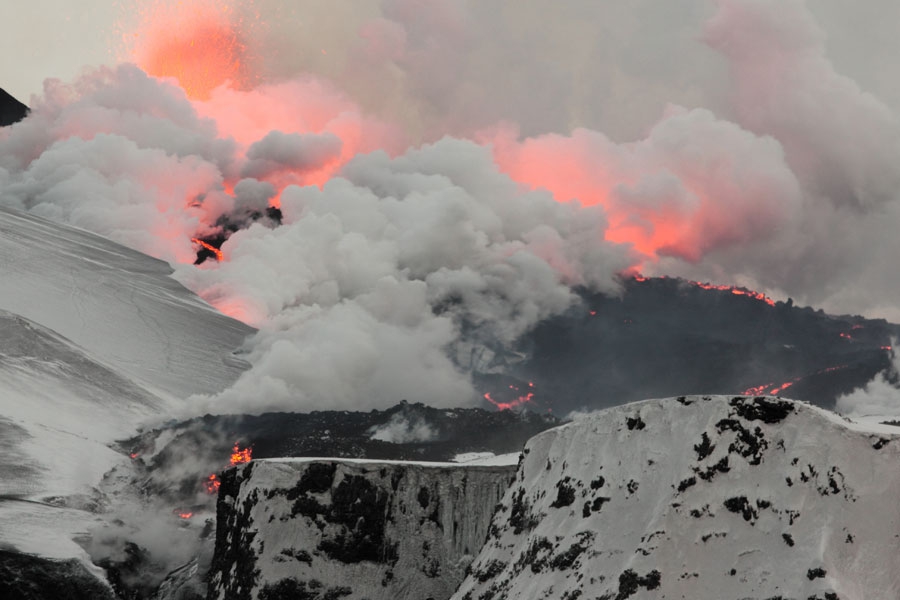 Lava on Fimmvörðuháls, close to Eyjafjallajökull in Iceland

UK Prime Minister David Cameron is visiting Iceland for a summit and he has announced a plan to power British homes with a 750 mile pipeline under the sea which would link up to Icelandic volcanoes.

The multi billion pound plan would lead to the longest power cable under the sea in the world and would connect the UK to clean energy from hydro and geothermal sources.

The project is expected to take seven to ten years to complete and it could mean good news for bill payers. Iceland’s electricity is low cost due to the reserves of geothermal power from inside the earth as well as hydropower produced by melting glaciers.

Cameron is the first British Prime Minister to visit Reykjavik since Winston Churchill in 1941 and he is in talks with Iceland Prime Minister Sigmundur Gunnlaugsson to start a UK-Iceland Energy Task Force to look into the details.

Cameron said the talks were “a good opportunity to talk to a very old friend in Iceland about energy and green energy and to sit down and discuss whether an interconnector is something that we can move ahead with.”

The Task Force is expected to have a report ready in six months and the project can move forward after that.

The energy situation in the UK at the moment has to deal with ongoing threats of power blackouts due to the lack of energy capacity and an Iceland deal could provide more security.

Frank Gordon with the Renewable Energy Association commented that although establishing a connection with other countries was sensible, the costs involved may mean it would be cheaper to produce geothermal energy in the UK:

“We have to ask however, how much will this project cost. In the UK we are already employing thousands in solar, driving world leading projects in energy storage, and there is great potential for developing our own geothermal projects in the North. Wouldn’t it just be cheaper to support the threatened renewable energy industry at home?”