Action for donkeys after public outcry stand up for 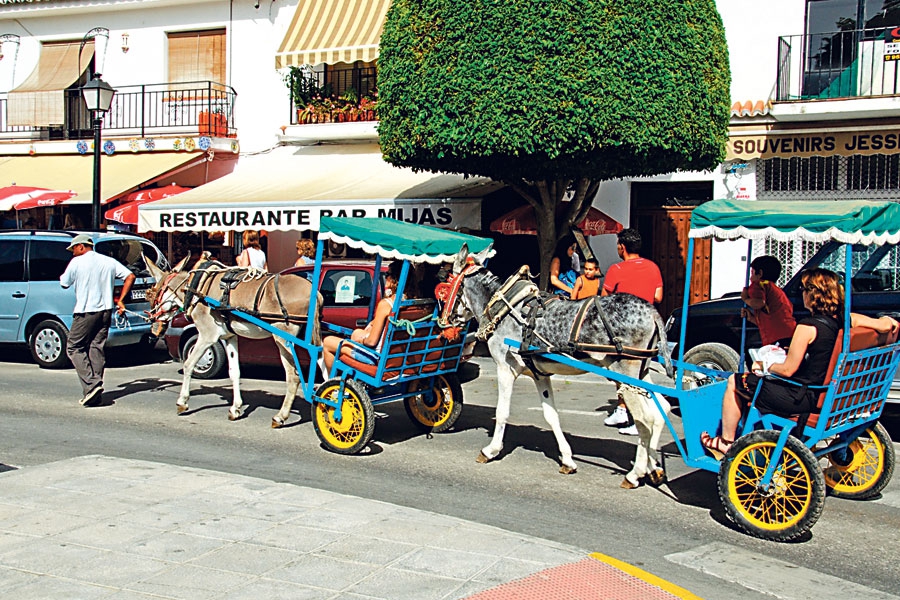 TWO months after a video of a man mistreating a Mijas donkey was shared on the internet, and the Euro Weekly News (EWN) called for times to change, Mijas Council has announced it has signed an agreement to ensure that people operating donkey taxis are properly trained in the care of their animals.

The video showed a man kicking a donkey and dragging it along the ground when trying to make it stand up. The incident lasted a number of minutes and happened just metres from the town hall.

Complaints were received by the Guardia Civil’s Seprona Nature Protection Branch and many expatriates in the area expressed their disgust and asked for the authorities to intervene. EWN’s ensuing article and website story about the plight of the Mijas donkeys drew much attention to the issue, with nearly 2,000 hits online and many letters to the paper firing up the debate and prompting people to act.

It would now appear that the council have listened and done just that. The agreement has been made with the El Refugio del Burrito donkey shelter, which will lead to its staff running a course in donkey care. Transport Councillor Nuria Rodriguez didn’t directly mention the incident when announcing the training course, which she said aims to achieve a better quality of service and better care for the donkeys.

The council said the course will be divided into two parts and is scheduled for November 23 and 24. El Refugio Director Veronica Sanchez said the first part will be theory and will consist of explanations on donkey care, correct nutrition for donkeys, hoof care, wound prevention, etc. The second part will be a practical session at the shelter with the focus on handling the animals to teach carers how to treat them on a day-to-day basis. Participants who complete a successful exam will be given a diploma and a card to prove they have the necessary knowledge to carry out their work.