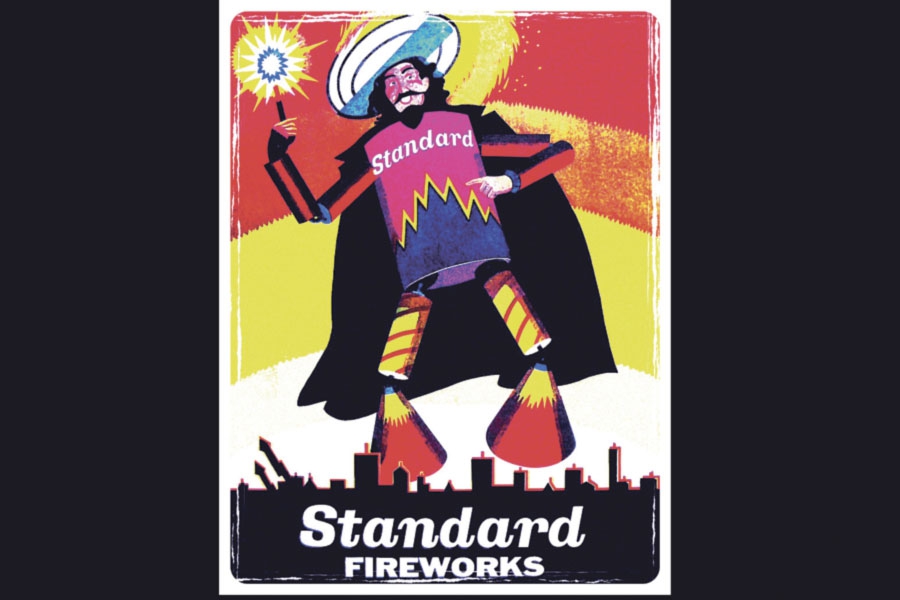 When I was knee high to a Roman Candle, bonfire night as we called it, was second only to Christmas as the most eagerly anticipated festivity of the year.  And as all Brits know, Guy Fawkes Night to give it its proper title, is an English custom commemorating the failed gunpowder plot of 1605.

We kids would assemble a guy weeks in advance, stuffing some of dad’s old clothes with newspaper then parading the finished article round the streets on soapbox carts or old prams, chanting ‘penny for the guy.’

It was always highly competitive because the best dummy would collect the most money and consequently on one occasion we thought it might be a good wheeze to dress one of us in old togs and a papier mâché mask.

We paraded him around before he gave the game away by breaking wind loudly as we were fleecing the congregation leaving the local church. Our cover had been blown.

Proceeds from this were spent on fireworks for the big night. These were added to the horde which grew quickly over three or four weeks during which time dad would bring a few home on his way back from work most nights, always wrapped in newspaper.

There were boxed fireworks available, but it was more fun to buy them individually and to people of my generation names such as Brocks, Wessex, Astra, Rainbow, Benwell, and Paine’s are still synonymous with those times.

There were relatively few community events, because just about every household where there were children would have its own display and bonfire in the back garden, complete with stuffed guy.  The cries of delight from us kids, and dad’s exclamation once of “That’s my bleeding jacket!” filled the smokey air.

And because safety consciousness was drilled into us from an early age, there were very few reported accidents. Health and safety was always more secure in the hands of responsible individuals than a bunch of brain dead bureaucrats.