England prepare ahead of game in La Nucia 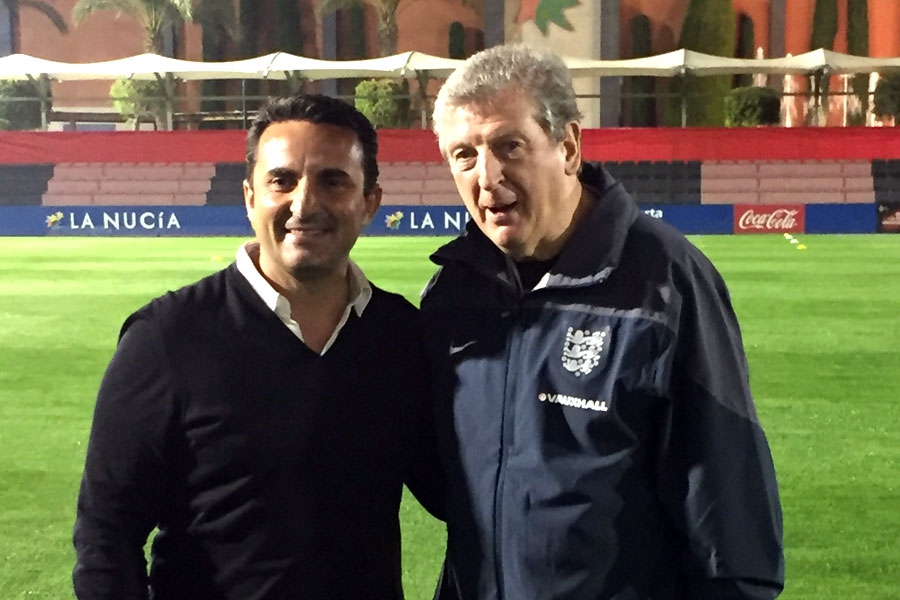 ROY HODGSON’S England team have chosen the outstanding facilities of the Ciutat Esportiva Camilo Cano in La Nucia to prepare for the friendly game against Spain on Friday November 13, which will be held in Alicante at the Jose Rico Perez stadium.

22 England stars have been training since Tuesday, behind closed doors at the municipal sports centre, in order to prepare adequately for their upcoming friendly matches against Spain and France. Premiership players including Manchester United’s Wayne Rooney, Joe Hart, Manchester City Goalkeeper and Chelsea’s Gary Cahill are among the England selection.

La Nucia has been chosen for its excellent sports facilities. Having been awarded the prestigious title of European Sports Village in 2013, the state of its natural grass pitch is second to none and by far the best location for the team to prepare. The players have access not just to the pitch but also ideal clean and modern locker rooms, gymnasium and swimming pool for recovery. The team will face Spain on November 13 and afterwards will be returning to the UK to face France at Wembley Stadium on November 17.

It is not the first time that high profile teams have chosen La Nucia as its training base. Dutch team Eredivisie Utrecht, Spartak Moscow and Shakhtar Donetsk of Ukraine have all trained at the location, as have Spain’s sub 17 and 16 teams, however it is the first time a national squad has selected the facilities.

Mayor of La Nucia, Bernabe Cano, met with the team and manager Hodgson when they arrived in La Nucia to give them a guided tour of the facilities. Having the England team select the facilities is undoubtedly something to be proud of, and Cano stated: “The presence of the England team in La Nucia is a quantum leap for our facilities. It is confirmation that we are ready for world class players, such as the England squad, and represents an incalculable promotion at European and international levels for La Nucia with regard to sport and is a further step forward, consolidating our brand ‘La Nucia, City of Sport’.”