FRANCE: A nation at war, views from around the world 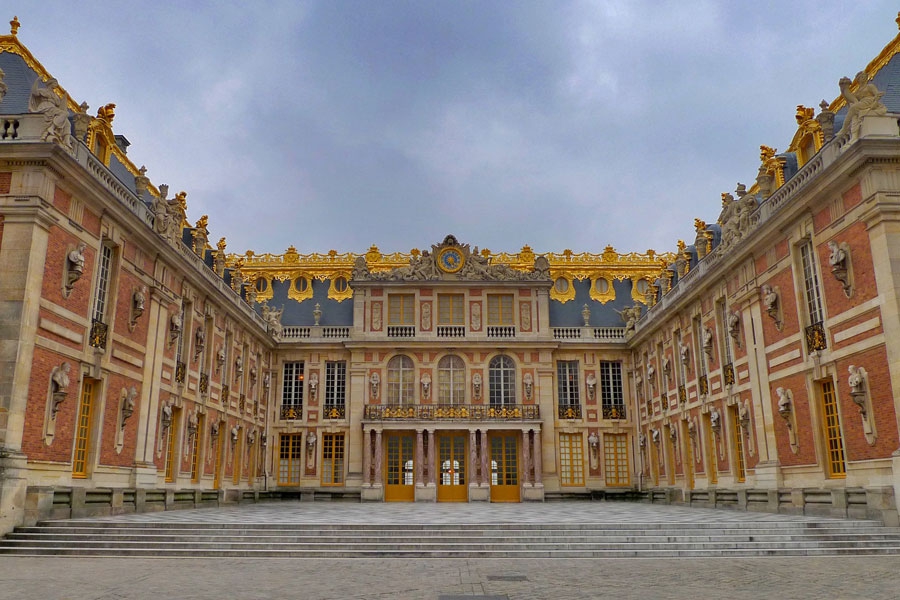 FRENCH President François Hollande has today said that his country is “at war” and added “our democracy has triumphed before over adversaries that were much more formidable than these cowards”.

He told parliamentarians “we’re not engaged in a war of civilisations, because these assassins do not represent any.” It was the first time in more than six years that a French president addressed both houses of parliament, the Senate and the National Assembly, convened in a Congress at Versailles.

A procedure reserved for constitutional revisions and major presidential speeches.

He confirmed that the attacks were planned in Syria and organised in Belgium with the help of accomplices in France. He also requested to prolong the State of Emergency for three months.  The death toll of the attacks of last Friday in France has mounted to 132, and there are more than 350 injured, almost 100 of them critically.

So far, 23 people have been arrested in relation with the attacks, 104 are under house arrest and 31 firearms have been seized, following 168 property searches.

The Interior Minister, Bernard Cazeneuve, said that the risk of more attacks is high. At one house near Lyon, a rocket launcher and a Kalashnikov rifle were seized.

Searches were carried out in Paris, Lyon, Lille, Toulouse and Marseille amongst other areas, and the Minister said that this is “just the beginning”.

Maria Angeles Arroyo Vazquez, a Spanish teacher from Malaga who has been living near Lyon for several years told EWN, “people are obviously sad and upset about what has happened, and there has been a request to put candles in the windows to remember the victims. However, I am surprised that despite the state of emergency, there are not more police on the streets, a least not that I have seen. Most people are getting on with their lives as if nothing had happened, but when you talk to them, they are actually quite afraid.”

Georges Malmon, retired, from Trebes, near Carcassonne, told us that everything appears to be calm and he feels safe, as he is in an area where there is nothing of importance which he thinks terrorists may want to target. He says that tears and flowers, minutes of silence and speeches unfortunately won’t do the victims any good and that the law seems not be able to protect the innocent. However, he believes that politicians try to do their job but that many amongst them are corrupt, and no-one does anything to remove them from power. He also says that there are plenty of surveillance measures in place, but that not all leads can be followed and there will always be ways for terrorists to avoid being spotted.

“Everyone is angry, everyone criticises” he says, “but no-one does anything, and as long as it doesn’t affect them, they will howl about their grief, until a few days later they forget all about it and go back to their fishing, hunting and petanque games.” He says that in the old days people were willing to die for France, but now no-one cares.

A regiment of soldiers from his area has been sent to Paris to reassure the population and intimidate terrorists, but, he says “it is yet to be seen how much good it will do and for how long”. He believes that the problem needs to be dealt with at its source and those who are in training to replace the people being arrested are those who need to be got rid of, and is in favour of stricter measures, instead of prison terms following which the terrorists are back on the streets to start all over again. “France” he says, “must show its strengths, target strategic areas the same as the terrorists have, and even if some innocent lives are lost along the way, such is war, this is how it has been for centuries, but this is the only way of regaining control over our own nations.”

Hakim El Kachifi, 39, a Muslim Moroccan resident of Malaga since 2009, says “I am proud to say I am a Muslim, but these barbaric acts, committed by radical terrorists, do not represent my religion. These are disturbed people who have chosen to manifest their way of thinking by taking innocent lives. They have no respect for the right to life of others and they have also hurt Muslims like me who believe in the true values of Islam, based on values such as peace, fraternity and solidarity. We need to stand united to defend these values.”

Emmanuelle Sigiscar, 34, from Issoire in France, but a resident of London for more than a decade, says: “I am speechless, cannot believe what happened, my heart is in pieces thinking that we can do this to each other. Politics aside, we are all human and no one deserves to die this way. I think it is way too easy to hide behind religion, when this has nothing to do with it, it is just pure madness, gratuitous violence executed by cowards.

Michel Wahba, 24, an Egyptian Catholic resident of Sydney, Australia, says “I still don’t understand how they could have so much hate towards humanity as a whole. From hitting a plane of holidaymakers carrying Russian families and young children to bombing an overwhelmingly Muslim suburb in Beirut, home to thousands of refugees and now attacking bars, concerts and football matches in Paris…. Their hate doesn’t discriminate, which is the reason the rest of the world is now living in fear, the same fear those in Syria and Iraq have been experiencing for years. I suppose that’s their motive, but the global response of solidarity and strength will easily diffuse this fear. No one is going to stop attending concerts and matches, and conform to their ideals, they will never win this.”