Bullfighting in Spain: Is it part of culture or barbaric murder? 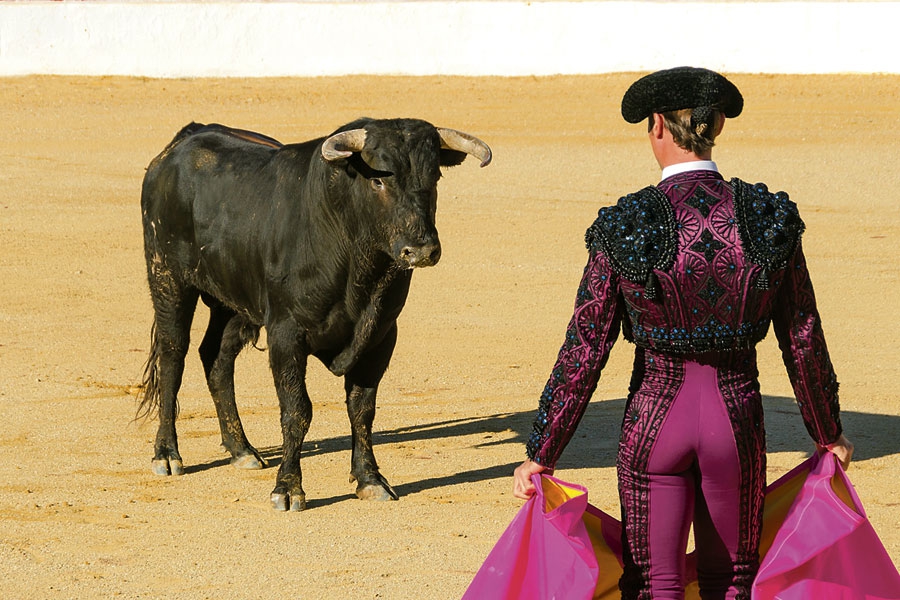 BULLFIGHTING: Without it the world would be a duller place.

They’re at it again! Yes, I can only be referring to the for- and against-bullfighting lobbies here in Spain.

More than 430,000 people have signed a petition against plans by the pro-bullfighting conservative government to introduce two-year bullfighting courses in Spanish schools.

Well, I’m with the pro-bullfighting lobby on this one. I’m not going to repeat the arguments, just saying that the world would be a poorer, duller place without it.

Most people have no idea about the rules or background and see it as a ‘man vs beast’ charade with the odds heavily stacked against the animal, which misses the point entirely.

The more rational argument is that, as a society, we’re incredibly hypocritical. We eat meat without knowing where it comes from, or use animal products (do you own leather shoes?) without any idea how these animals were kept or slaughtered.

As long as the animal products are nicely packaged, we’re happy to believe they all had a beautiful life on a farm somewhere and died a ‘humane’ death. This, of course, couldn’t be further from the harsh reality.

The ‘toros bravos’ live as quasi-wild animals for four to seven years, without much human interference. Four to seven years roaming the countryside, or one to two in a battery farm and then ending up in an abattoir. I know which one I’d go for.

Granted, the last 20 minutes of their lives are pretty cruel but their quality of life, overall, is so much better than those millions of industrially-raised and kept animals consumed and exploited every day.

As for ‘killing for food vs killing for fun’, after each ‘corrida’, their meat is given to the poor. That’s part of the tradition.

Unless someone is a die-hard vegan and doesn’t use any animal products (which, in our society, is fairly impossible), it’s hard to mount a credible attack on bullfighting in the 21st century. To anyone who does, I say BULLOCKS!