The connection between terrorism and immigration 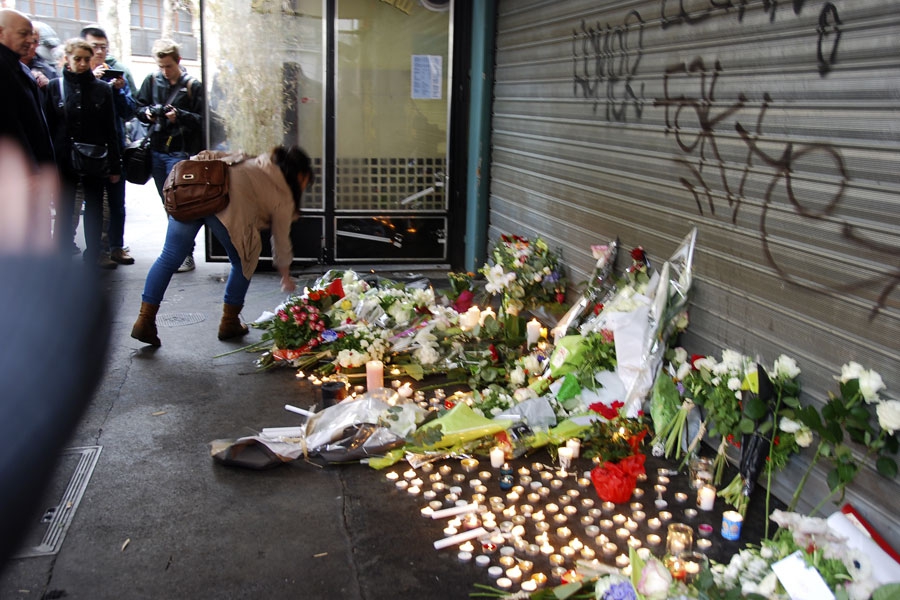 The massacre in Paris perpetrated by what seems to be a highly professional and ruthless group of terrorists, prepared to die for their cause, whatever it is, has possibly signalled the end of Europe’s open border policy. The tragedy in Paris overshadowed the conference in Malta which was intended to deal with the growing problem of massive illegal immigration from Africa, the Middle East and Asia.

It is still unclear whether the terrorists joined the thousands of migrants from Turkey or Libya to infiltrate Western Europe, or are from what is being described as ‘home grown’ terrorists. But we have to face the fact that the world is becoming more precarious with Islamic groups seeking to vent their anger at the west with increasingly violent actions.

France has Europe’s largest Muslim population with five million people mainly of north African origin. Yet the majority, now second or third generation, still live in the poorest suburbs in segregated communities, unwilling or unable to join mainstream French society. Successive governments have to bear some responsibility for a lack of integration programmes and discrimination but it is also due to restrictive Islamic laws and culture, which make the western life style so hard to accept for Muslims who follow their faith. Many disillusioned young people are an easy target for radical Islamic groups.

With a global population reaching eight billion people of whom the vast majority live in poverty or in countries racked by conflict in an ever more interconnected planet, Europe’s immigration policies need rethinking. Demographics may suggest that the Western democracies need immigrants, but is becoming increasingly apparent that Western Europe, cannot cope with an influx of millions of refugees or illegal immigrants from Africa, the Middle East and Asia with totally different cultures, laws and traditions.

Angela Merkel, who along with David Cameron admitted that the multicultural society does not work, has opened up a Pandora’s box with her invitation to welcome millions of migrants and the deep divisions she has caused within the European Union, have threatened its very survival. Britain must now consider the introduction of ID cards not only to facilitate identifying illegal immigrants and potential terrorists but to protect the population.

Providing humanitarian assistance is a long-standing European tradition. It is natural to offer temporary right of abode to genuine refugees until it is safe for them to return to their own countries. But today’s illegal economic migrants, including refugees, are not seeking charity but expecting to remain forever with passports, nationality, homes and jobs. And if the migrants and their families cannot go where they want to go, instead of being grateful, they revolt.

In addition most of the current wave of immigrants tends to be of Muslim origin, which poses the problem of integration as well as the threat of more terrorist attacks. For many African states their population is considered as a vital ‘export’ repatriating funds from overseas. Workers’ remittances are often their main source of revenue. Many overseas countries will be reluctant to see a fortress Europe, but it is becoming inevitable.

The economic crisis has left twenty million Europeans out of work. Millions in employment have to survive on low earnings while governments have been cutting back on social services. If nothing is done to stem the flood of migrants entering Europe, we risk seeing more fences erected across Europe’s borders to prevent our towns and cities ending up like Calais, a lawless jungle controlled by mafia trafficking gangs.

The world is now facing a major conflict with the Islamic State and to try to prevent this scenario we need more involvement from the United Nations and cooperation among the rich countries. There has to be a consensus to work together to help the poor nations eradicate corruption, armed conflicts, the exploitation of resources and where possible, remove despotic regimes in order to encourage education and economic development and improve the standard of living of the population.

This may be difficult to achieve in an ever more volatile and precarious world, but there can be no peace, stability or prosperity without a redistribution of the world’s resource and the elimination of gross inequality and poverty.

Author of The World at a Crossroads published by Austin Macauley London.