NOT WANTED – BUT THE MOST SOUGHT – AFTER MAN IN EUROPE 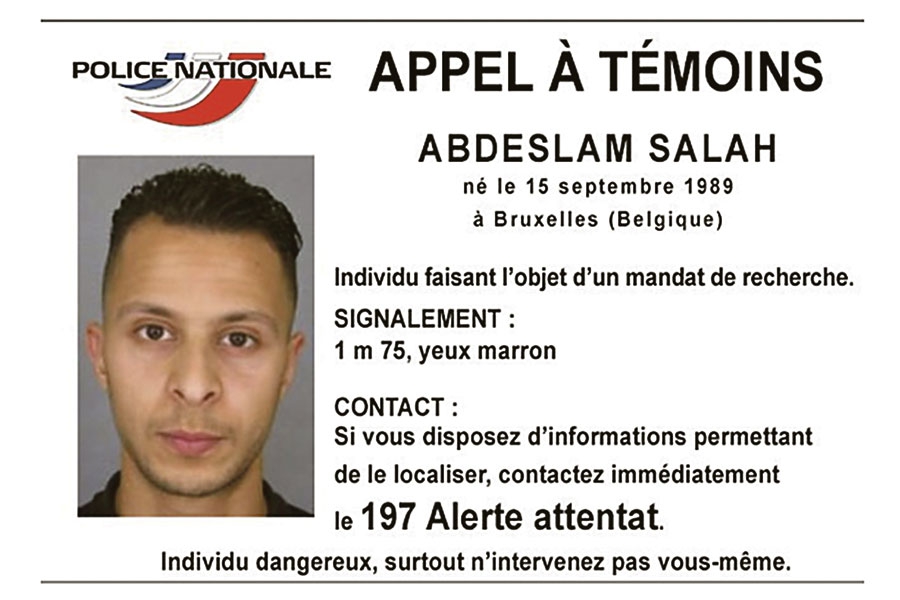 Europe is listening now to the deafening silence of the Muslim community. We at  Euro Weekly News (EWN) do not take any political stance; however, we pride ourselves as being a voice of the people.  Of course, our readers understand this is the work of extremists – Muslim extremists.

So we invite all Muslims to walk with us hand in hand to pay your respects to those who were cold-bloodedly murdered in vain – lay wreaths and flowers in remembrance of their last fearful minutes.

Cry with pain alongside your neighbours who have lost their loved ones torn apart with bullets sprayed at them by the sadistic hand of a gleeful terrorist.

Shout from your mosques that this is not in the name of religion – and terrorists’ hatred of the western world, which they have infiltrated and which they want to destroy, is now your home and they are not welcome in your place of worship.

Monitor your children and their friends on social media.

Work with us, the majority, if you really want to be European.

Foreigners living in Spain cannot and must not be racist as it would be a contradiction beyond belief – but the deafening silence of many of those in the Muslim community, particularly in Europe, is instilling fear in us all. As the voice of the expat community, EWN is now begging to hear your voice loud and clear, denouncing those who undertook this terrible massacre.

We all want to live in a place that encourages all religions to have the freedom to practise their beliefs and we must show respect to each other so that Buddhists, Christians, Hindus, Jehovah’s Witnesses, Jew, Muslims and Sikhs can embrace each other, but never these extremists.

We will destroy ISIS but together we will do it sooner and without as much suffering if we all raise our voices against those who teach hatred.

Show and teach your children that the western world is a good, kind place to live.