An unwinnable war against terror, or a wake-up call to the West? 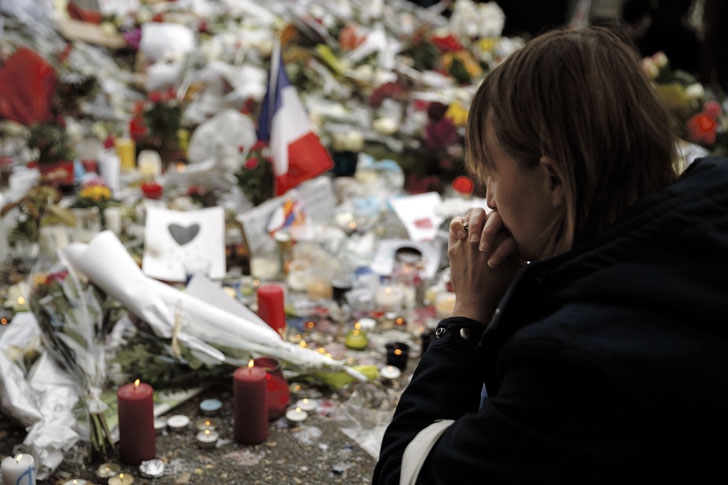 PARIS ATTACKS: It’s doubtful they will be the final atrocity.

THE terrorists came, they saw, they murdered. Europe welcomed refugees with open arms (at the invitation of the German Chancellor. Thanks, Mrs Merkel!), and some have done what they came to do. It’s doubtful the Paris attacks will be the final atrocity.

And here’s the evidence: Open borders undoubtedly prompt the most enterprising people from the poorest, least secure nations to emigrate in droves to the wealthiest, safest countries (at least two of the Paris attackers arrived in the EU posing as ‘refugees’). Slovenia has begun erecting razor wire on its Croatian border.

Sweden, arguably the world’s most progressive nation, imposed ‘temporary’ border checks while the Paris massacre, causing over 100 deaths, led to calls for the EU to close its borders to all asylum seekers.

But none of this will be enough. Because what it will take to defeat ISIS, and win, is most likely to be boots on the ground, armoured brigades together with targeted aerial bombardment. And at the end of this long, bloody and expensive campaign, the installation of a regime strong enough to contain and rebuild what remains of Syria.

And does the West have the collective stomach for future foreign wars? I doubt it because of past mistakes. Will diplomacy, negotiation or sanctions succeed in eradicating ISIS? Hardly.

The battle-hardened ISIS attackers were able to plan multiple, simultaneous attacks. So the question is: If this isn’t a game changer after the tragedies in Tunisia, Ankara, Sharm el-Sheikh, etc, what is? Even more deadly, coordinated attacks against a major European city with an even greater loss of life.

Meanwhile, what’s to be done? I’ve written before about the need to stabilise fragile states like Syria, Iraq, etc.

As for the UK, we all know that more border control staff, a tighter immigration policy, refusing the re-entry of radicalised fighters (450, reportedly) returning from Syria, introducing ID cards for everyone, increasing police numbers and reversing the cuts imposed on Britain’s armed forces would be a good place to start.

The establishment should pull their collective finger out, pass the Government’s Snooper’s Charter now, or London will be next.