Difficult lessons to learn as a child 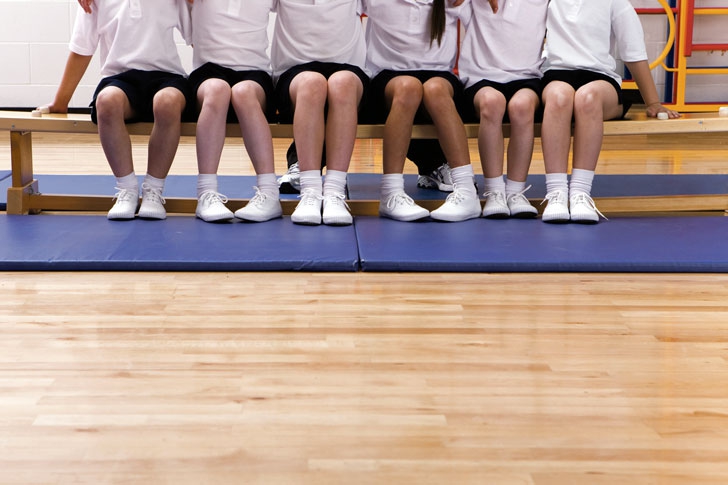 FIRE DRILLS: The worst was if you were in the middle of PE.

WE’RE worrying about a lot of things right now. We’re probably right to. This week I saw that an American company called Pro Techt had started selling something called a ‘Bulletproof Blanket’ which is being bought specifically by parents for their children to shield them from bullets at school.

My response? It made my blood run cold: how terrible for children around the world that they should not be able to even study and learn without threat or danger.  The Bodyguard Blanket, according to its website, ‘is made of the same materials US soldiers wear while in battle, and is equal to or exceeds the protection used by police departments. After extensive research, it is estimated that Bodyguard™ blanket provides bullet resistant protection against 90 per cent of all weapons that have been used in school shootings in the United States.’

When I was a child we used to have to do fire drills. Do you remember? The worst was if you were in the middle of PE, once it happened when we were swimming and we had to line up in the playground in our swimming costumes while our goose bumps grew much bigger than any other burgeoning bumps and Mrs McCann slowly read our names out (I knew she was a sadist before I even knew the meaning of the word). A fire drill was something you did to appease the Health and Safety monitor and it was a pain, nothing more. Now children are being taught how to react in the event of a shooting in their school.  Will this new practice extend to our schools? Can we even imagine our world like this?

Have you worked out yet how you can make a difference? It seems to me we have to communicate more and more with each other, not less. We have to find ways to understand and respect differences, but stand up to and stop intimidation. In our current world situation do we really know that much about the politics and motivations or are we just reading what someone else is posting on Facebook? Could be time to get an education and start really learning about other people’s cultures.

I’m privileged I can write this short article from the perspective of complete horror rather than with a world weary sigh as I pull out my credit card and buy one of the blankets (priced at a thousand dollars) for my daughter.

The manufacturers say they originally designed the blankets as a portable way to shelter in tornadoes or other natural phenomenon. The whirlwind that is rushing through our lives now is a man-made disaster, and one we need to find ways to halt.  Malala Yousafzai said “Let us pick up our books and pencils. They are our most powerful weapon.” Let’s start there.