The miner who ousted a dictator 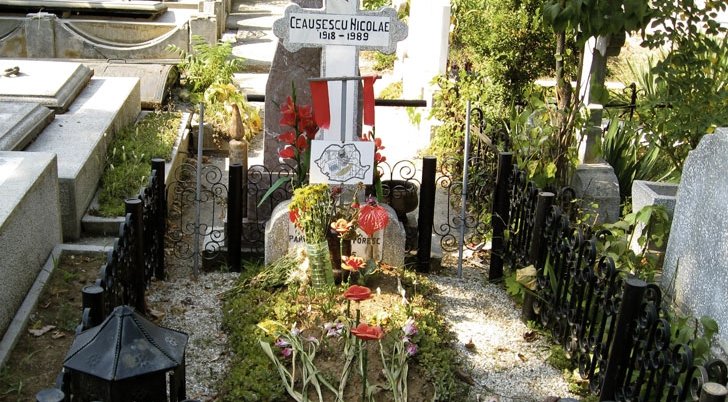 FUTILE SITUATION: Dictators’ smirks were replaced by a deathly pallor.

IN casual conversation it was remarked that the Euro was as secure as gold and the European Union the new 1,000 Year Reich.

I was reminded of a demonstration that occurred on December 17, 1989 in Communist Romania. Thousands of unpaid coalminers stood silent. Platitudes from the Communist leadership grouped on a government building balcony droned over the stone-faced miners.

General Secretary of the Romanian Communist Party, Nicolae Ceausescu, was conceited as he urged patience. Dissent in Stalinist Romania was met by lengthy terms in forced labour camps. He and his henchmen thought themselves untouchable.

The police and armed forces were enmeshed in their crooked system and the Red Army just hours away.

The group’s cockiness was misplaced. Just one miner, driven to despair, punched the air. Disregarding the likely consequences of his actions he screamed, “out!”

A shocked silence fell on the assembled miners. Moments later a miracle occurred. A dozen miners joined him, and then 100, 1,000 and soon 10,000 miners were punching the air as they chanted for the government to step down.

The dictators’ smirks were replaced by a deathly pallor now etched on their faces. The miners in their thousands began to edge towards the government building.

TV cameras focused on the country’s doomed leadership. President Ceausescu tried to calm the miners. It was futile, his speech was drowned out. Security forces were ordered to fire into the protesting crowds but few obeyed the command.

Ceausescu, a lifelong Communist, several times jailed for street thuggery, was courted by England’s royal family and various US and Western leaders. He and his henchmen fled.

The family that had denied their countrymen a voice were prevented from escaping by the country’s armed forces. When the fugitives were arrested it was just eight days from the moment that this solitary miner punched the air and screamed at the top of his lungs, ‘out!’

Tried and found guilty, Ceausescu and Co were riddled with automatic rifle fire. I have earlier predicted the EU would evaporate in the same way as did the Soviet Bloc. Soon I might rest my case.