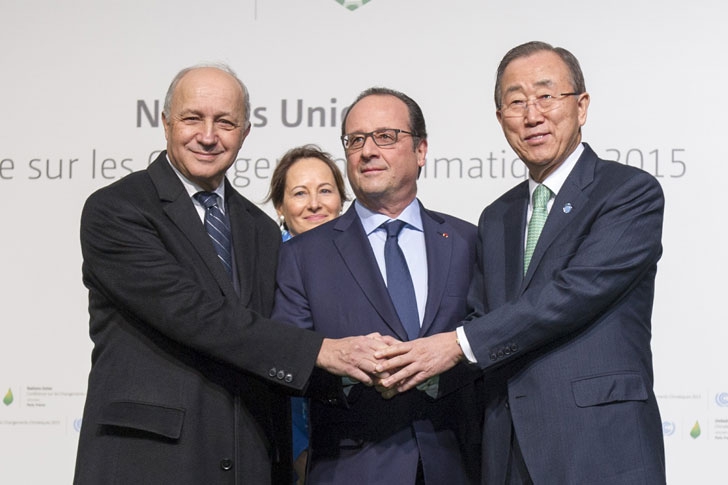 THERE must have been some trepidation within the security services of France, when the leaders or their deputies of at least 142 different states arrived in Paris for the opening of the United Nations Climate Change Conference on November 30.

The leaders of every major country in the world have arrived in Paris, many taking the trouble to show their respects to those who died in the massacre of November 13 by visiting ‘shrines’ which have been set up spontaneously around the city.

There is no question that should terrorists manage to make an attack now then the shock wave would reverberate around the world, but the security that they would have to penetrate (not just French but special agents from all over) will be so tight as to hopefully be impermeable.

Once the rhetoric is finished, then civil servants and more junior government officials will start discussing what can be achieved. The ‘under developed’ countries are looking for a real lead from the industrial giants as well as financial assistance but considering that this is the 21st conference of its kind, what is promised and what is delivered are two very different things.

Every country has its own agenda and elected politicians are in many cases transitory, looking to satisfy their electorates today rather than really looking for change in the long term.

Britain will stop using polluting coal in energy production, but has to turn to nuclear fuel as a replacement which in itself has given rise to concern with many, especially those who fear another Chernobyl or Fukushima Daiichi disaster. One thing is sure with nuclear, at some stage the fuel cells have to be disposed of and at least that is something for the future rather than the present.

Oil companies are seeing their stocks of crude being devalued as prices drop and more companies launch hybrid or electric vehicles but that in turn could cause financial concerns for those countries in the Middle East and Africa who rely on oil income.

People in Tuvalu are sitting on their tiny atolls watching the oceans impinge on their land which is at most 15 feet above sea level whilst drought still afflicts many parts of Africa in this year, which is likely to become the hottest ever recorded.

Whilst it is unlikely that any immediate solution will be found over the next two weeks at least the world is trying and taking steps, even if only tiny ones, to make the future a more secure place.