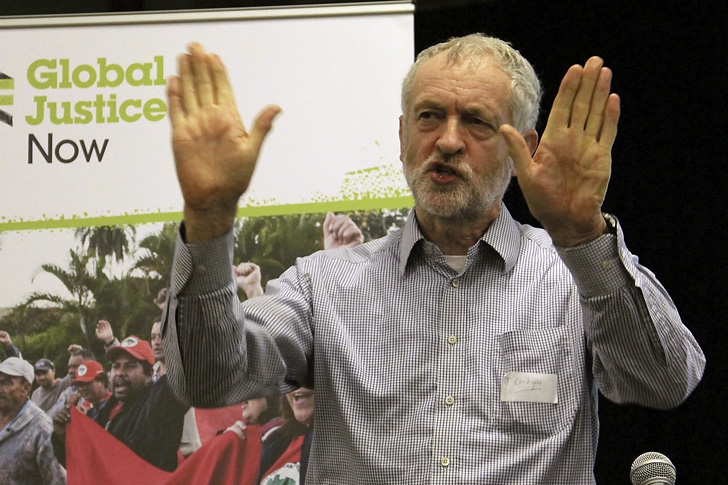 Our Father, which art in heaven, Hallowed be thy Name, Thy Kingdom come, Thy will be done on Earth as it is in heaven. Give us this day our daily bread, And forgive us our trespasses, As we forgive them that trespass against us. And lead us not into temptation, But deliver us from evil. For thine is the kingdom, the power and the glory, For ever and ever. Amen.

If anything in this short prayer offends anyone, I suggest you either get a life or choose to live somewhere else. (This includes the relevant cinema owners!) OK? Merry Christmas!

So, here we all are again. I think I gave Corbyn six months, or was it a year? With the latest antics of both him and his party (Mao’s Little Red Book, would you believe) I think any length of time is politically long for this bunch.

Seriously, folks, how can anyone vote for a man who wants to scrap most of  the UK’s defences, allow unlimited ‘refugees’ into the country and considers that ‘negotiating’ with psychopathic scum a more viable option than eliminating them? Give us a break. If this man ever came into power, we, our children and (assuming they ever came into existence!) our children’s children would never sleep safely in their beds again.

I still maintain the UK should close its borders completely for at least three years. With no terrorists getting in, we can then begin to root out all those already entrenched. If they manage to escape becoming ‘martyrs,’ bang’em up and then deport the whole lot to one of the Mid-East hell-holes they all seem to admire so much. If Brussels objects, so what? What are they going to do, declare war? I hardly think they can say too much, considering the state the open border policies have got their own country in.

I also suggest we round up all able-bodied ‘refugees’ between the ages of 18 and 25. Proceed to arm them to the teeth and ship ’em all back to fight for the various countries the cowardly bunch has actually deserted.