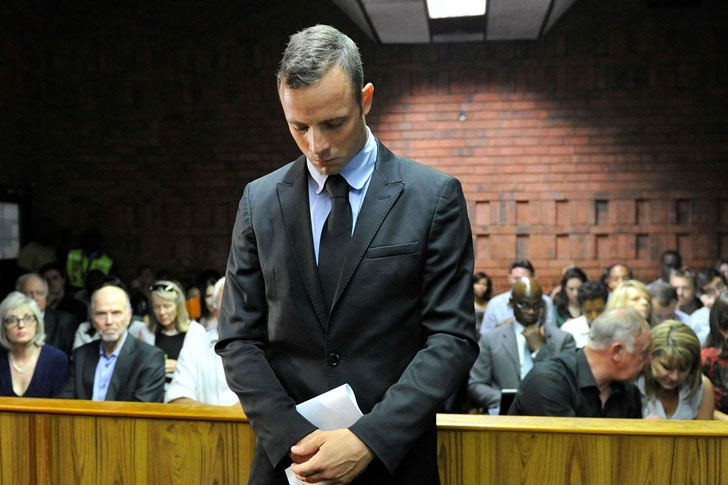 UPDATE Oscar Pistorius has proven he is not a flight risk and will be granted bail according to Judge Ledwaba. The news comes as the former Olympic star appeals against his conviction last week of the murder of Reeva Steenkamp. He will be electronically tagged and under limited house arrest which will see him confined to a 20km radius from his uncle’s home.

AFTER a long review of the prosecution appeal against the ‘manslaughter’ (culpable homicide) conviction of Oscar Pistorius, Judge Leach in the Bloemfontein court of appeal declared on December 3 that the five person panel had decided to overturn the original verdict, and instate a verdict of murder instead.

The reasons were many, but the two most salient points were that in the opinion of the panel of judges, Pistorius must have known that by firing a loaded gun against a closed door there was every likelihood of seriously harming or killing whoever was behind it. Therefore despite the fact that he denied knowing that Reeva Steenkamp was behind the door, he was still culpable.

Secondly, the original trial judge, Thokozile Masipa not only made errors in law when reaching her judgement, she also did not give sufficient weight to some of the evidence presented which should have led to a different decision. In his summing up, Judge Leach made it clear that in their opinion the trial judge had been in a very difficult position and should not be criticised.

He went on to say that there was no point in holding a second trial and that Oscar Pistorius would be sentenced in the New Year.  In the meantime the former athlete, who was described by a senior psychiatrist who examined him as having been left suicidal by what happened, suffering from Post-Traumatic Stress Disorder and severe depression, will be allowed to remain at his uncle’s house until sentencing is carried out.

In South Africa, the likely sentence for murder is 15 years.