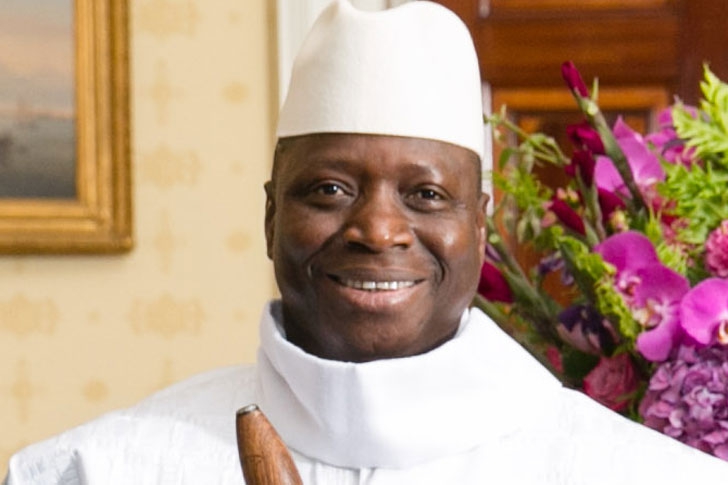 THE tiny West African former British colony and one of the poorest countries in the world, the Gambia, was one of the first in Africa to recognise the importance of foreign tourism, and for many Europeans was the first taste of Africa that they had ever experienced.

To a great extent backwards and under developed, it appears like a finger running through the map of Senegal, straddled as it is on the River Gambia.

Independent since 1965 and a republic since 1970, it led a relatively peaceful existence under the rule of President Dawda Jawara who was elected five times and it was under his rule that the tourism industry took off attracting package tours from the UK and Scandinavia, with many single females journeying there to meet young local men.

There was a putative coup in 1981, which was overcome with help from Senegal and which saw the short lived confederation of Senegambia. But it was in 1984 that Yahya Jammeh led a successful coup and he has been in power ever since.

The economy and tourism have faltered; there have been accusations of repression of Human Rights and in 2013, the Gambia left the Commonwealth stating that the Country would “never again be part of a neo-colonial organisation”.

On December 11, the president declared that the Gambia was henceforth to be an Islamic State as 90 per cent of the population is Muslim, and it was no longer appropriate to continue the colonial legacy when the majority wanted the change. He stressed that all of the rights that Christians have enjoyed would be respected and that Christmas celebrations could go on as planned.

It would appear that President Jammeh does not have the constitutional right to declare the country an Islamic Republic, nor is he likely to be able to institute Sharia Law but the declaration regularises the situation as far as the population is concerned and there is no suggestion that the Country will support the aims of Daesh.