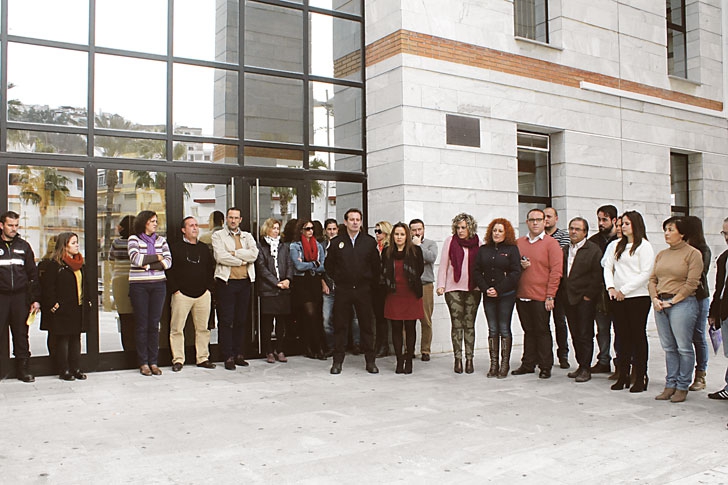 ‘They have cowardly barbarity, we have democracy and freedom’ #EWNREADERS

A bomb blast near the Spanish embassy in Kabul last Friday which killed two Spanish police officers brought home the realities of war to many Spaniards.

In the days since the attack, Spanish citizens from all parts of the country have come together to mourn the two fallen officers, with many Axarquia leaders choosing to show their solidarity through small ceremonies and words of comfort and hope.

In the aftermath of the attacks, Salobreña Town Council members held a minute of silence just inside the entrance to the town hall. Salobreña Mayor Maria Eugenia Rufino expressed her profound sorrow on behalf of the whole municipality and condemned the horrific terrorist attacks.

Rufino said her thoughts were with one family in particular, as one of the deceased officers had lived for many years in the Granada village of Monachil, with his children growing up and being educated there.

In Motril, Mayor Flor Almon expressed similar sentiments, stating her disgust over the events that had occurred in the Afghan capital. On behalf of Motril Town Council, Almon communicated her deep sadness for the Spanish officers and the many others who have been murdered at the hands of terrorists.

Almon affirmed the commitment of all Motril citizens against terrorism and appealed for the unity of all believers in democracy to stand up to these horrific acts of violence. In her conclusion, she reminded all the people of Motril: “As opposed to the cowardly barbarity of the terrorists, we have democracy and freedom.”

The two officers killed in the attack on Friday night were Isidro Gabino Sanmartin Hernandez, of Leon, and Jorge Garcia Tudela, the officer who lived for a time in Monachil. Four Afghan police officers were also killed.

The siege was orchestrated by members of the Taliban, who repeatedly rocked the embassy area with gunfire and numerous explosions until the last of the four assailants was killed in the early hours of Saturday morning.

The funerals of the two Spanish officers took place on Tuesday December 15.