The simple idiom ‘live and let live’ would ensure survival 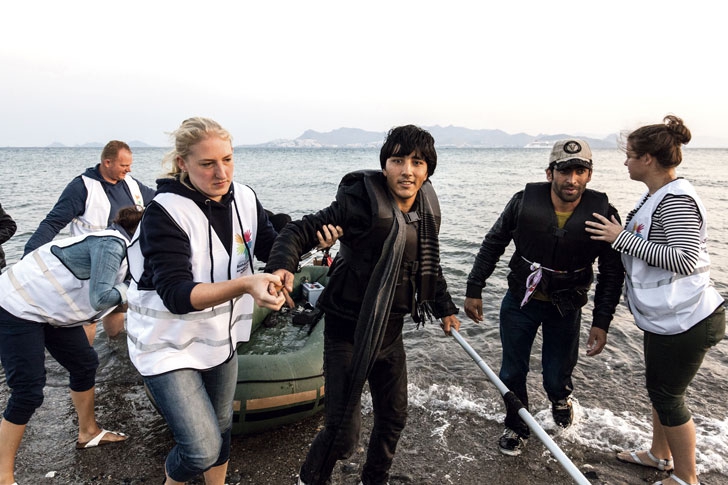 DEDICATION: There are still people who help others, regardless of their colour or creed.

We live in a world of absolutes, a world of certainties. David Cameron knows that he is absolutely right and Jeremy Corbyn is certain of his stance. Equally, Putin versus Obama, et al.

Dedicated Christians are rock solid in their beliefs and Muslims know without a doubt that Islam is the one true religion. The same can be said about the countless other religions of the world.

Only their own faith represents truth and light and therefore the followers of all other doctrines are infidels, heretics and Godless heathens.

Atheists are equally adamant in their non-belief of a supreme being or beings, and can be as vitriolic and intolerant as the best of them. Some of the angriest people I have ever met are committed atheists.

This intolerance, aka bigotry, shows itself in a variety of ways, through wars and the domination of nations by force of arms, brutal beheadings, mutilations and the many ingenious and inhuman ways of torture devised by the Holy Inquisition, and its counterparts in other European countries in the Middle Ages.

There are also more subtle ways of persuasion. When the Mormons and Witnesses come calling, the smiles and friendly manner do nothing to detract from their core message that failure to convert or the acceptance of a blood transfusion will mean a one-way ticket to the fiery pit. It is simply intolerance in another guise.

The vast majority of humanity wants nothing more than to live in peace and security and coexist with their fellow men and women, indeed there are still those of all nationalities who dedicate themselves to helping others without conditions, regardless of colour or creed.

If the combined resources of the human race were utilised and used for the good of all, disease would be wiped out, wars would be a thing of the past and famine become an out-of-date concept.

The simple idiom ‘live and let live’ is the tenet that would ensure our survival, but the self-destructive side of human nature ensures this will never happen.