When Papa Noel visited Mojacar! He loved both roses and women 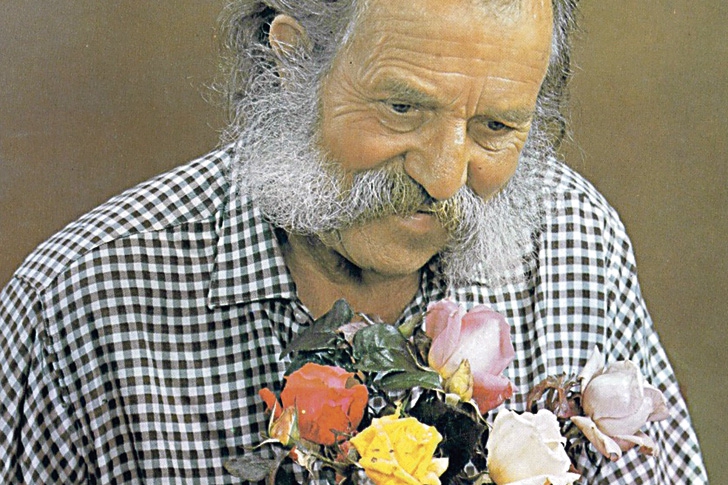 HARRY: Dressed flamboyantly and was outspoken on any issue that differed from his views.

WHEN I arrived in Spain back in ‘69, being the brother of the owner of the company I was immediately elevated to head ‘go for.’

It was reputedly one of the best jobs in the company. No special pay and any trips I had to put in my own gas. But, since no one else wanted the task I quickly figured out they wouldn’t know how much time it took to accomplish the endeavour. So off I went in that proverbial ‘cloud of dust’ wherein I could take my own time which included sampling tapas and wine in abundance.

The downside of being a ‘go for’ was being on call 24/7. Very late one Christmas feast night I was instructed to pick up a possible client arriving on a tourist liner in Alicante the next morning at seven.

No bed for me. Nor details supplied to me about the circumstance. “You will recognise him right away. He will be the most unusual passenger you’ve ever met.” So off I drove with a few cold bottles of beer for company, to find Alicante, then a harbour and then a strange bloke by the name of Wheatcroft.

Soon I realised the dilemma I was in. I had a name and would have to run and ask some 3,000 disembarking passengers bounding down the ramp. I surmised the situation.

He was coming for a week, he would therefore be totting luggage.

Within moments I spotted him. He had more facial hair than a Yeti. In England they were known as Dundreary whiskers, but I didn’t know that then. I began to feel sorry for myself, envisioning the long four hour drive home discussing nothing consequential with Sasquatch and wife.

But what a story he had to tell: He refused to fight in WWI, being a conscientious objector and was promptly sent to prison wherein he contracted tuberculosis. Fortunately on death’s door step he was released.

A wealthy personage bequeathed him a small plot of land to use so that he could live in the sun. Nottingham wasn’t the exact place I would have chosen, but it was there that he began to do a business growing roses.

He got healthier and jumped to the head of the queue at the famed botanical garden societies by lending special names and colour to his unique plants to make them even more memorable.

Harry dressed flamboyantly and was outspoken on any issue that differed from his views. He also loved beautiful things; roses and women.

Doss and he visited us on my request for two years straight staying with us.

He is most remembered amongst our family by the quote from son Luke. A fellow childhood classmate had announced the pending visit of their Grandmother and Grandfather. Not to be outdone Luke retorted: “Oh ya, well we got Papa Noel with us for a week.”