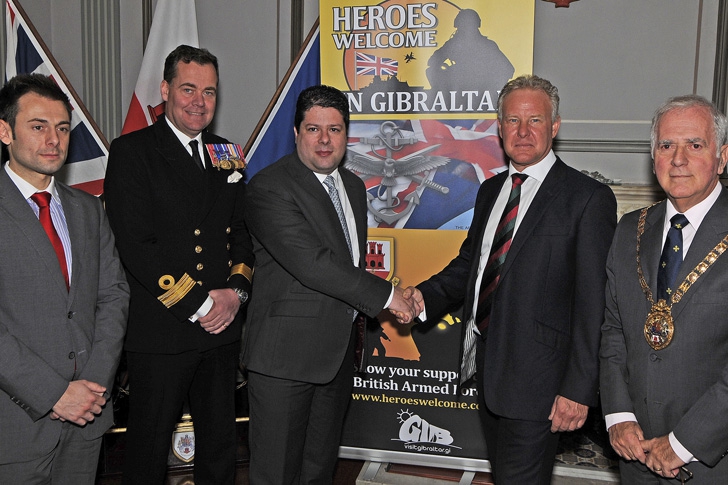 Major John W Senior TD, the Founder of Heroes Welcome UK is to be appointed a Member of the Most Excellent Order of the British Empire (MBE) in the 2016 New Year’s Honours List published in the London Gazette at 22.30hrs on the 30th December 2015.

The citation reads “For services to the Community in Scarborough and to the Armed Forces through Heroes Welcome.”

Major Senior joined the Territorial Army in 1979 serving with the Yorkshire Volunteers and latterly, 4/5 Bn Green Howards.  In December 2001 he was the first TA Officer to be deployed into Afghanistan serving as a Major (SO2 OPs) with 16 UK Air Assault Brigade HQ, he was awarded the Territorial Decoration in 2005.

As well as a successful business career in catering and property, he has given his time freely to many voluntary groups and causes, including, Lifeboat Operations Manager at Scarborough Lifeboat Station RNLI  and is a former member and  Chairman of the  Scarborough and Ryedale Mountain Rescue Team. He also organizes outward bound / survival courses for school groups and teenagers, assists with the delivery of Scarborough Armed Forces Day and a Night Before the Colours Military Charity Dinners.

In 2008 further to a series of negative national press stories relating to soldiers being discriminated against for wearing their uniforms in public, John placed a handmade poster in one of his restaurants windows declaring that all Heroes were indeed Welcome in Scarborough. The idea took hold and with the help of the Mayor, a small group of Civic Officers and the local newspaper (Scarborough Evening News) a Heroes Welcome website and logo were created.

By 2012 over 50 towns cities and counties across the UK had joined up to what is simply a free scheme to encourage local communities and businesses to offer a special warm welcome to serving members of the Armed Forces and their families.

In 2012 The Royal British Legion included Heroes Welcome in their delivery guide to the military covenant, recommending it as the method of choice for communities to show their support in a way that was practical and appropriate. In January 2013, the Government of Gibraltar followed the Falkland Islands Assembly, launching Heroes Welcome in Gibraltar and a scheme for London Black Cabs supported by the London Evening Standard followed later in 2013.

“I was thrilled and very humbled to have been considered worthy of such a great honour.  However in reality this wonderful award reflects not on me, but on the hard work undertaken by our many Heroes Welcome members and the herculean efforts of our small and dedicated team in the Heroes Welcome Office!”  said John W Senior TD

John’s family moved to Marbella in 1979 and John and wife Nicola (married in Gibraltar in 1984) have continued to maintain a home near Puerto Banus.  In 2012 after six years on the Community Board, John was invited to take up the role of Community President at Andalucia Del Mar (3-5), Puerto Banus.

“I have known and worked with John for the past ten years and during this time I´ve been able to confirm a couple of things about his character: His spirit of service goes far beyond his attachment to his home country and reaches out to the places in the world that he has touched and all the people that surround him.  John Senior embodies values such as strength, honour, loyalty and determination.

The British Kingdom must be proud of having men such as him, contributing to the prestige of his homeland, every single day from any part of the world. Marbella is proud of having him as an active member of our international community”. José Luis Hernández GarcíaHead of Tourism del Ayuntamiento de Marbella 2015

John says about his time in Spain “The last 6 or so years of recession and fiscal hardship have been extremely challenging for all of us, however, with the help of an excellent management team and my Co. President Heather Somerville, we are on target to deliver all the public realm projects promised to the residents living at Andalucia del Mar.

Marbella has been our much loved second home for over 37 years and it is a privilege to be part of such a wonderful, friendly and world beating community and, similar to my home town of Scarborough, (Britain’s first resort)  they are both truly magnificent places to live, work and play!”