…and the winner is 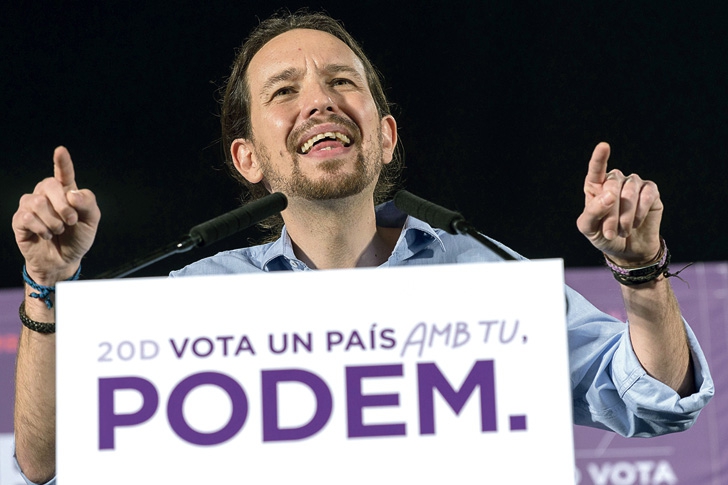 …PABLO IGLESIAS who led Podemos party to third place and 69 seats in the national parliament. He will wield considerable power and definitely won’t be accused of being all style and no substance as that ponytail still needs a wash and trim.

IT would be tempting to say that the general election is over bar the shouting. Instead the shouting, which will have to be substituted by dialogue, is just beginning, along with the horse-trading.

A triumphant Mariano Rajoy appeared on the balcony of the Partido Popular’s Madrid headquarters, announcing to his followers, opponents and the world that he had won the elections.

This was technically true because the PP was the most-voted party but it was a hollow victory. Those votes did not bring an overall majority and even if the fledgling Ciudadanos party backs Rajoy’s January investiture bid for another four years as president or abstains from voting against it, their combined votes will be insufficient.

Despite Rajoy’s election night euphoria he must know if he makes it through the Moncloa door again his problems will only be starting.

CIUDADANOS didn’t convince in the end although at one pre-election stage Albert Rivera’s party threatened to overtake the PSOE and give the PP a run for its money.

But too many voters feared a post-election deal with the PP and suspected that voting for Ciudadanos was an off-putting political bogof: buy one, get Rajoy free.

THE PSOE’s presidential candidate Pedro Sanchez didn’t pull it off.  Winning only 90 seats he led the party to its worst-ever defeat, pushing left-leaning voters into the arms of Podemos.

When Sanchez made off with the party leadership in 2014 he expected a two-way fight with the PP, not a four-way stretch including Podemos and Ciudadanos. He might have shone in the one-to-one debate with Rajoy but was eclipsed by Pablo Iglesias and Albert Rivera in their earlier cockfights. Politics entail more than televised debates, but try telling that to telly-addict Spanish voters.