An exceptional actor and the meanest of baddies: Alan Rickman 1946-2016 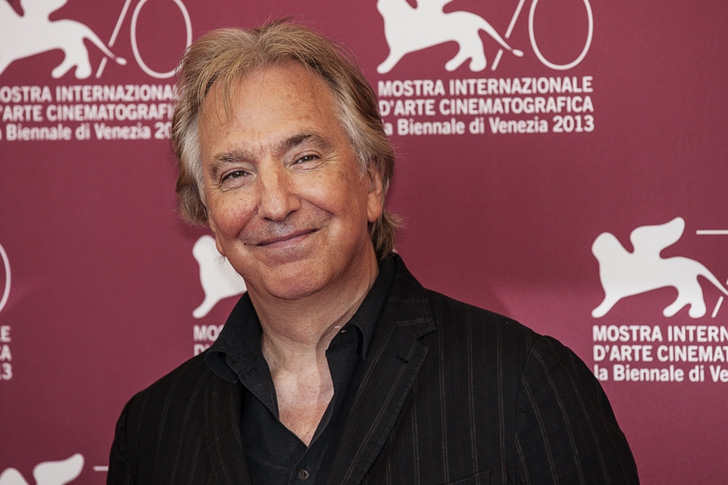 THE stars have come out in force to show their respect for best-loved movie villain Alan Rickman, the actor who died today, January 14, after secretly battling cancer.

The British star of stage and screen was surrounded by loved ones when he passed away, aged 69, in his hospital bed. One of those was his long-term partner Rima Horton, who he married in 2012 in New York. The couple had been together since 1977.

Before Alan Rickman became a household name he was a member of the Royal Shakespeare Company and performed in uncountable theatre productions before landing the role of Reverend Slope in the TV adaption of Anthony Trollope´s The Barchester Chronicles.

International fame came knocking three years later when he won a Tony Award for his role as Vicomte de Valmont in a theatre production of Les Liaisons Dangereuses.

His stellar ascent to movie star was undoubtedly secured by Hollywood´s directors casting him as their ‘villain of choice.’ Such unforgettable performances include the coldly sarcastic Professor Severus Snape in the Harry Potter movies, the manipulative Judge Turpin in the 2007 musical film Sweeney Todd, the terrorist mastermind Hans Gruber in Die Hard and an especially brutal Sheriff of Nottingham in Robin Hood, Prince of Thieves.

In the films Judas Kiss, Sense and Sensibility he performed alongside his long-time collaborator Emma Thompson. In 2003’s ultimate rom-com Love Actually, he plays the Oscar winner´s duplicitous husband.

The writer J.K.Rowling was one of the first to express her grief over the actor´s death. Having worked together on all eight Harry Potter movies, Britain´s most successful living writer would come to view one of Britain´s most quintessentially British actors, as a great friend. She expressed her sympathy for Rickman, his wife and family on Twitter saying “We have all lost a great talent.”

Other stars including Jamie Lee Curtis, Eddie Izzard, Boy George and Stephen Fry also tweeted their sadness at losing an idol. Fry described the actor´s “wicked charm” and his “stunning stage and screen presence.” Comedian Izzard noted the strange parallels between the deaths of Rickman and rock god David Bowie, who also died this week, aged 69, after waging a secret battle with cancer, by writing “I do not want my heroes to die.”

Alan Rickman will star in two films this year, Eye in the Sky and Alice Through the Looking Glass. Both movies were completed, but not released, before his passing.