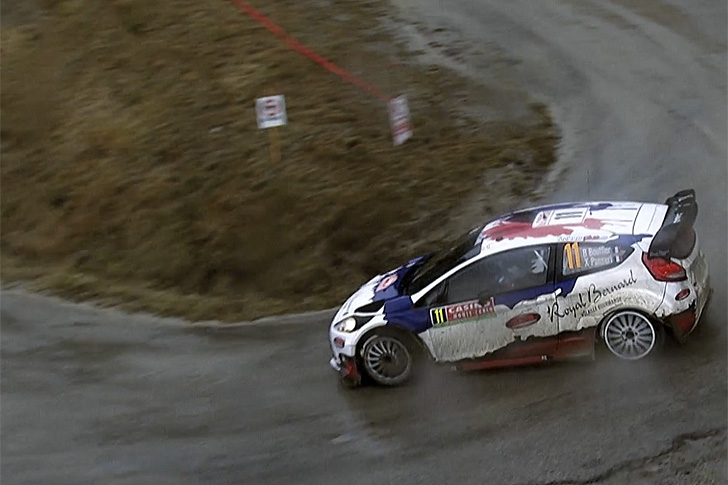 Celebrities from the worlds of sport and entertainment will join the stars of the FIA World Rally Championship to open the 2016 season at a dazzling launch in Monte-Carlo this week.

Two of Monaco’s most eminent landmarks, the harbour area of its famous Grand Prix street circuit and the stunning Casino, will host the afternoon event on Thursday (21 January).

In the evening the season begins in earnest as competitors in the famous Rallye Monte-Carlo, the oldest event in the WRC calendar, are flagged away from Casino Square ahead of four days of flat-out action on treacherous mountain roads in the French Alps.
During the opening ceremony the roads around the harbour, home to luxurious multi-million pound yachts, will echo to the sound of raucous World Rally Cars.

Celebrities scheduled to attend include:

Danny Jones – lead vocalist and guitarist with chart-topping British pop-rock bands McFly and McBusted. He has also produced and written songs for One Direction.

Michael Nyqvist – Swedish actor best known for his roles in Mission: Impossible 4 and Stieg Larsson’s Millennium series of films, including The Girl with the Dragon Tattoo. His latest film is Colonia, in which he stars alongside Emma Watson and Daniel Brühl.

Jean-Pierre Papin – French soccer player whose goals fired his country to third in the 1986 World Cup. He played for Marseille, AC Milan, Bayern Munich and Bordeaux and was European Footballer of the Year in 1991.

Stefanie Heinzmann – multi-award winning soul and pop singer from Switzerland. Rose to fame after winning a TV talent show and has also appeared as a coach / judge on the Swiss version of The Voice.

Thomas Helmer – soccer player who was part of the German team which won the 1996 European Championships. He represented his country 68 times and appeared in two World Cups. He is a TV presenter for Sport 1.

A reception in the Hôtel de Paris will launch the afternoon events. Outside, Casino Square will be transformed as teams set up a temporary service area from where the high-speed rides will be based, before the 90 competitors start the rally in front of the Casino itself.

“Monte-Carlo provides the perfect ambience in which to celebrate the anticipation everyone feels at the start of a new FIA World Rally Championship season,” said WRC Promoter managing director Oliver Ciesla.

“We want to build on the success of last year’s inaugural launch and host a genuinely special occasion to open the 2016 campaign, an afternoon that not only excites the WRC community but also showcases the championship to the wider public.

“No sooner are the celebrations complete than everyone’s thoughts will turn to what the WRC is all about – the world’s best rally drivers fighting for tenths of a second, in a night stage, on potentially treacherous Alpine mountain roads.

“These are the challenges that thrill fans and make WRC so unpredictable and spectacular,” added Ciesla.