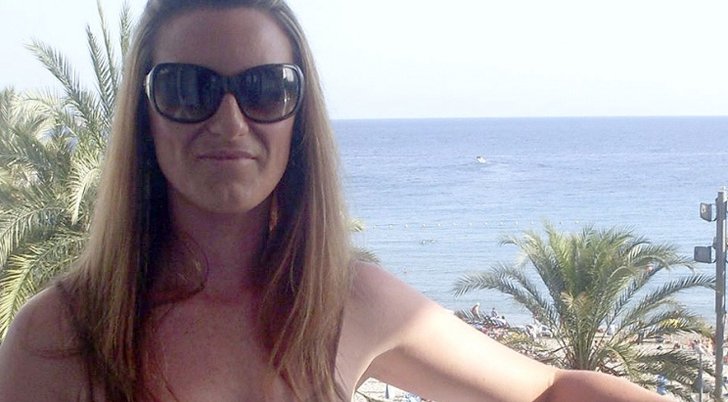 UPDATE: Having told legal advisors he would be back on the Costa del Sol by the end of the week, Simon Corner has kept his word and flew into Malaga on January 19.

He was met by legal representative Jason Coghlan, from multinational firm JaCogLaw, who said: “I was glad to welcome our client back from the Far East.”

“There are concerns he was being tried in the media, but he has left his business interests and has returned to clear his name.”

BOAT owner Simon Corner has been lambasted by worried Lisa’s family and friends for leaving the country days after the 33-year-old mum-of-one vanished from her expat home in November.

He sparked suspicion by flying to the Far East following a short police quiz after he was taken away by investigators from Sotogrande Port near Gibraltar as he worked on his 30-foot sailing boat.

But he told legal advisors he would be back on the Costa del Sol by the end of the week so he could convince cops he was innocent of any wrongdoing.

It is understood Corner, 33, from Liverpool, will fly into Malaga Airport midweek and be met by a lawyer.

He is expected to make an appointment to meet Civil Guard officers in the southern port city of Algeciras who are leading the hunt for Lisa.

Jason Coghlan, whose multinational JaCogLaw is assisting him, confirmed in a statement his client had arranged to fly to Spain this week to address “unfounded allegations” linking him to Lisa’s disappearance and would be contacting police after arrival.

He said: “There has been a relentless campaign against our client Simon Corner ever since his friend Lisa Brown broke contact with her friends and family and was declared a missing person.

“Simon assures me he is totally innocent of any wrongdoing and to date there is no evidence that anything untoward has taken place.

“Nevertheless the weight of the unfounded allegations has taken a considerable toll upon Simon and his friends and family.

“Therefore in spite of the fact that there is no legal obligation upon him to return to Spain and demonstrate his innocence – to hold otherwise would effectively reverse the burden of proof – Simon insists upon abandoning his international business activities in the Far East and returning to Spain to provide all and any assistance to the police with their missing persons’ inquiry.

“Simon will arrive in Malaga this week where he will be met by his lawyer and endeavour to put a stop once and for all to the spurious and unfounded allegations being levelled against him.”

Lisa, from Alexandria, Dunbartonshire, was last seen at her home in Guadiaro near Sotogrande on November 4.

Her son Marco, eight, has been staying with his dad Tony Tomillero in nearby La Linea since she vanished.

More than 25,000 well-wishers have already joined a Find Lisa Facebook group set up last month by her sister Helen, who still lives in Dumbarton.

Members have criticised Corner for leaving Spain in the wake of Lisa’s disappearance, posting pictures of him and urging him to return to “answer questions.”

The Liverpudlian, who was jailed for three months in Gibraltar in May 2014 for possession of an offensive weapon after a nightclub altercation, issued a statement before Christmas saying he was happy to help police with their inquiries and that he had “nothing to hide.”

Distraught Helen, 49, told supporters on the Find Lisa page her New Year’s resolution was to find her sister.

She said: “People make promises that a few weeks down the line get forgotten about.

“Well I will make one now that I intend to keep and that is to find out where you are.”

Civil Guard officers have not made any official comment about Lisa’s boyfriend but were seen searching his boat and told workers in Sotogrande Port shortly after he left the area to call them if they spotted him.

A Civil Guard spokesman, asked about Lisa’s boyfriend last month as her friends and family called on him to “put himself forward for questioning”, said: “Our investigation into Lisa Brown’s disappearance remains open and all avenues are being explored.

“I cannot say anything else at the moment.”