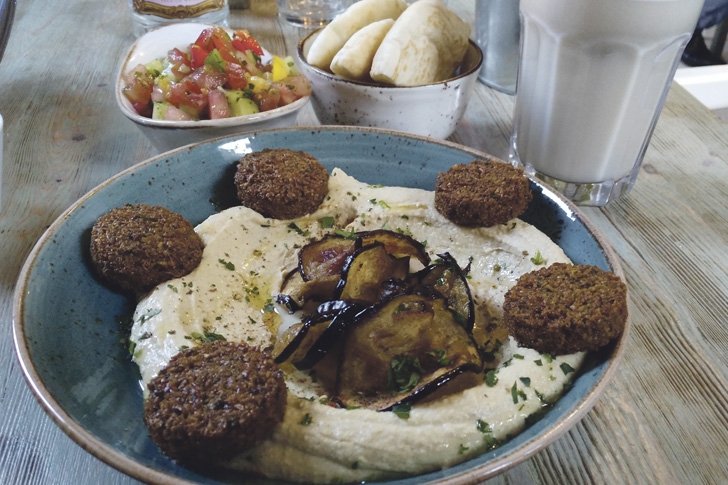 VEGANUARY: Going vegan is the easiest and most effective way to help our planet.

I’VE discovered new ingredients, a whole new world of taste and flavour and I feel fantastic!

WHY take part in Veganuary? Well, why not? There are so many reasons people decide to try vegan. For most, a love of animals is the catalyst. Some people want to feel better about themselves and the impact they make on the world. Others would like to set themselves a challenge, and many combine Veganuary with their ‘New Year’s Resolutions’ and see trying vegan as the healthiest start to the year.

For my part I’d always been interested in the idea of not eating any type of animal product, including dairy and eggs, but I’d always thought it would be too difficult to keep it up. I decided to try to make it through a month with the support of www.veganuary.com and my very helpful husband and daughter. I’ve discovered new ingredients, and a whole new world of taste and flavour and I feel fantastic!

The three key elements which are instantly affected when you change your diet are: Animals: they are able to perceive and feel, and experience pain and happiness just as we do. The production of our food and clothing causes them to suffer in innumerable ways. Environment: going vegan is the easiest and most effective way to help our planet. You can make a more positive impact than giving up your car, and halve your greenhouse gas emissions. Your health: research shows that health is the second biggest reason people go vegan. You can cut out cholesterol, lower your blood pressure, and reduce the risk of diabetes and heart disease just by moving to a plant based diet.

I was finally inspired to try by finding the Veganuary website which has everything you could need in the way of recipes and ideas to get you going on your new lifestyle. Launched in the UK in January 2014, Veganuary is a global campaign that encourages people to try vegan for January.

As a non-profit organisation, Veganuary is dedicated to changing public attitudes, while providing all the information and practical support required to make the transition to veganism as easy and enjoyable as possible.

Veganuary has had an incredible degree of success in a very short time and is changing lives all over the world. It also has some helpful answers to some of the questions I have been asked over the past few days as I have ‘come out’ as eating a vegan diet for January.

I’m not saying or claiming I can keep it up for the rest of my life, but I’ve already discovered that it is much easier than I thought it would be. Even eating out is easier than it used to be, I went to Simply Delicious in Santa Catalina and wolfed down their fabulous tapas knowing it was all 100% compliant. Check Veganuary out, and let me know how you get on. www.facebook.com/mallorcamatters