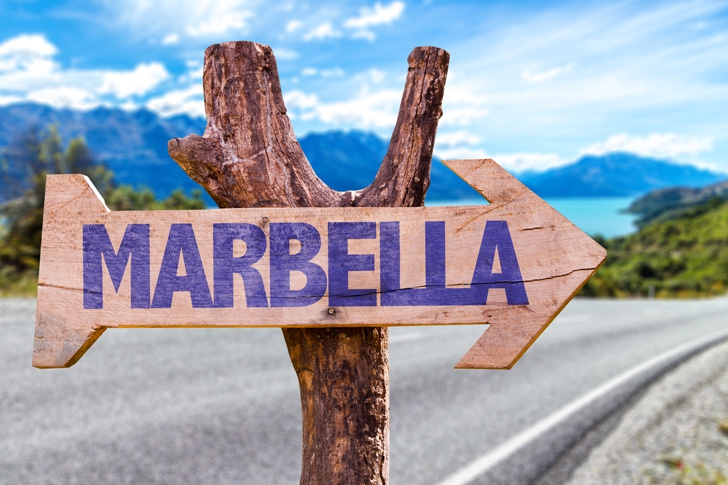 IT was kept tightly sealed until Marbella’s moment of triumph at the FITUR awards in Madrid and now the city’s brand new slogan has been unleashed. ‘Marbella, five-star destination’ is the new public relations masterstroke that encapsulates two key features of the celebrity retreat.

It highlights Marbella’s status as the city with the most five-star hotels in all of Andalucia and also the five key sectors that make the city of the world’s top destinations: nature, gastronomy, golf, beaches and luxury. Mayor Jose Bernal said it was time to revitalise the prestigious Marbella brand, and has already announced a €500,000 budget for tourist promotion.

Marbella was enjoying its first independent presentation at the elite tourism fair and showcased itself with aplomb at the glitzy gala attended by media, culture and business personalities. Bernal reminded guests of Marbella’s indispensable role as a luxury shopping destination and said the city’s main challenge was to combat the seasonal variations experienced by the tourist industry.

Not to be outdone the Costa del Sol show was also on the road as the striking coastal region nurtures the global tourist market and promotes its autumn and winter credentials as an unmissable stop on the international circuit.

The extraordinary results of 2015, which saw more than 4 million domestic tourists spending roughly €4 billion on the province, bolster the coast’s already strong hand as it champions itself before hundreds of thousands of glitzy guests in the capital. More than 10 million visitors arrived in a record breaking year.

With a stated mission of making the Costa del Sol a year round attraction for travellers from Tokyo to New York, January 20-24 sees the gastronomical, cultural and adventure calibre of the region exhibited at FITUR.

As revealed by the EWN, even the often-overlooked interior is getting in on the act, with Antequera making moves for UNESCO heritage recognition and Ardales rubbing shoulders with greatness.

The gloves have come off and the Costa del Sol is now making its play to be recognised as the dominant attraction in Spain, for both domestic and international travellers, and 2016 is shaping up to be the year it is catapulted to truly global stardom as the shackles of recession are finally shed.