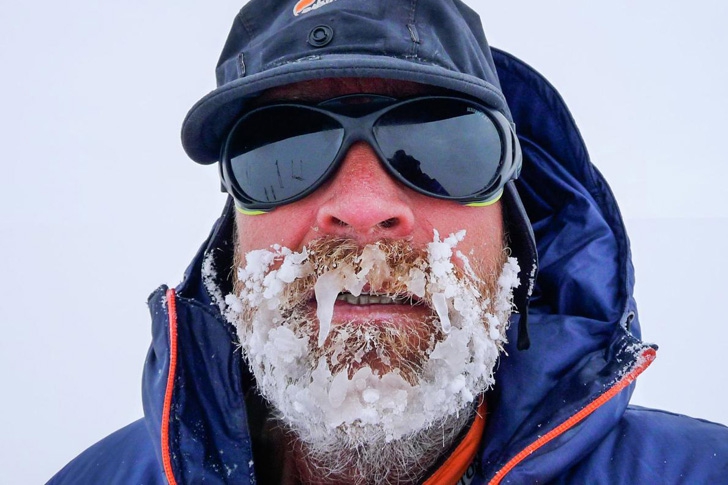 A COURAGEOUS British explorer, and friend to Princes William and Harry, has died while trying to cross Antarctica unaided.

To mark the 100th anniversary of Sir Ernest Shackleton’s overland expedition to the South Pole, former army officer Henry Worsley was attempting to complete his lifelong hero’s unfinished journey across the unforgiveable terrain.

Shackleton’s 18-month adventure ended in 1909 with the explorer and his three companions being forced to turn back before reaching their goal. The party was just 100 miles from their destination when their leader made the life-or-death decision, as food shortages, injuries and the perils of crevasses finally took their toll.

Henry Worsley attempted to walk the same 1,100-mile (1,770km) route, but without human or animal companions or supply drops from any source. His coast-to-coast trek began in November 2015 as a fundraising expedition for the Endeavour fund, a charity created by the Royal Foundation to assist the recovery of wounded UK servicemen and women.

After covering more than 900 miles of terrain and spending 71 days alone, Mr Worsley was forced to abandon his plans after falling ill and becoming consumed by exhaustion and dehydration. Reports confirm that he was airlifted to a hospital in Punta Arenas, Chile, where medics diagnosed bacterial peritonitis, a condition that causes inflammation in the abdomen.

Before his death, Mr Worsley wrote a message and spoke of the ‘gradual grinding down’ of his physical endurance and also his sadness at being so close to his goal.

Mr Worsley’s wife Joanna described her ‘heartbroken sadness’ at the loss of her husband due to ‘complete organ failure.’

The Duke of Cambridge paid tribute to Mr Worsley’s ‘selfless commitment’ to wounded British military personnel, saying that he and his brother Harry had lost a great friend, and that he was ‘very sad.’

David Beckham and Bear Gryllis also came forward to pay their condolences. Mr Beckham stated that he was ‘lucky to have met Henry’ while TV adventurer and presenter Mr Gryllis described Mr Worsley as ‘one of the strongest men and bravest soldiers I know.’