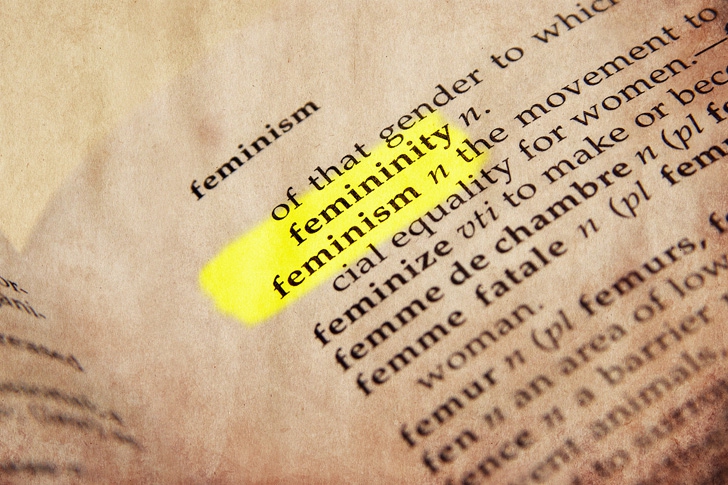 AN INTRIGUING debate has been opened up following a Canadian anthropologist’s critique of the Oxford Dictionary’s use of the term “rabid feminist” in its usage example for the word “rabid”. Firing off a tweet to the weighty word bible online, Michael Oman-Reagan queried whether the example might reinforce prejudice and stereotyping.

For its part Oxford Dictionaries responded by suggesting that Oman-Reagan was most likely himself a “rabid feminist” before apologising for the glibness of its retort and pledging to follow up on the matter.

The anthropologist went on to detail other inherently sexist examples that litter the compendium, including “shrill”, “nagging”, and “bossy”, which all are given feminine connotations in the usage examples.

To be clear, the crux of the debate has little to do with whether there was some malicious editorial intent behind the examples, whether as subtle revenge against a nagging mother-in-law, or as part of a devious masterplan to subvert the female of the species. Rather the controversy has ignited an interesting conversation on the dictionary’s role in society, whether it reflects language as it is, influences it, or a complex combination of the two.

Many people might instinctively think of a rabid feminist when pondering connotations of rabid, while ‘shrill’ certainly seems almost exclusively related to women in common usage, aside from describing fire alarms and other piercing sounds. But does popular use mean the dictionary should reflect an inherent cultural bias?

If, for whatever reason, Russians were popularly believed to be stupid, would “as stupid as a Russian” conceivably make it in? What about more pernicious stereotypes that maintain popular allegiance even today involving Jews and money, capitalists and pigs, refugees and rats?

Definitions have long been used to achieve selfish political goals by denying the essential humanity of rivals. Consider the use of the word ‘terrorist’, so preposterously broad as to be essentially meaningless, yet being consistently used as a means of shutting down discourse. In this respect, whether we acknowledge it or not, the dictionary has an essentially political core and will shape society as much as it reflects it.

On the other hand, policing language and its natural development, whether good or ill, runs its own set of risks by limiting the scope for free conversation and demanding a uniformity of expression resulting in a paucity of critical thought.

Putting aside the rabid attacks aimed at both parties on Twitter and across the internet, the duel between the doctor and the dictionary has certainly shown the pen to be mightier than the sword.