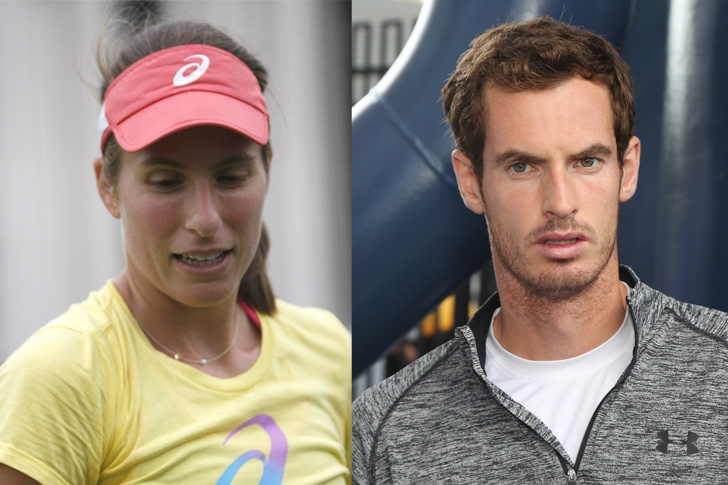 SURGING into the semi-finals Andy Murray and Johanna Konta have ensured British tennis is represented in the last four of both the men’s and women’s competition of a major tournament for the first time since 1977. It’s a highly unusual story of success in the sport which will surely have tennis honchos pondering what they may have done right.

Seeing off Spaniard David Ferrer in a tough four sets, Scot Andy Murray will now face Milos Raonic in the semi-finals where he will surely fancy his chances of reaching a fifth Australian Open final against either Roger Federer or Novak Djokovic.

Organisers closed the roof at the beginning of the third set due to the wind conditions, a move which infuriated the Spaniard, a constant presence in the global top ten, but favoured world No. 2 Murray.

“It made it a little bit easier to return as it was quite windy earlier,” he said. “It was good for us to get a little break because we played some brutal rallies. I like playing indoors. I grew up in Scotland. The weather’s not quite like here. The start wasn’t so good, a lot of unforced errors, but we started playing a lot of long rallies in the second and third sets.”

Meanwhile Konta, the Australian-born, Britain-representing, Hungarian passport wielding phenomenon who has laughed off interest in her multiple affiliations by comparing herself to a “female Jason Bourne”, prevailed over Chinese Zhang Shuai in straight sets. She will battle German Angelique Kerber in the semis

A long shot for historic glory at the beginning of the tournament, Konta has already guaranteed herself at least £370,000 in prize money and a likely spot in the world top 30.

“When I was a little girl, I dreamt of winning grand slams and being number one in the world,” she said. “That dream stays the same, I think, as long as you’re doing the career that you’re on.”

A dream final against living legend Serena Williams is now in the making if she can continue surpassing expectations and confounding the L.T.A.