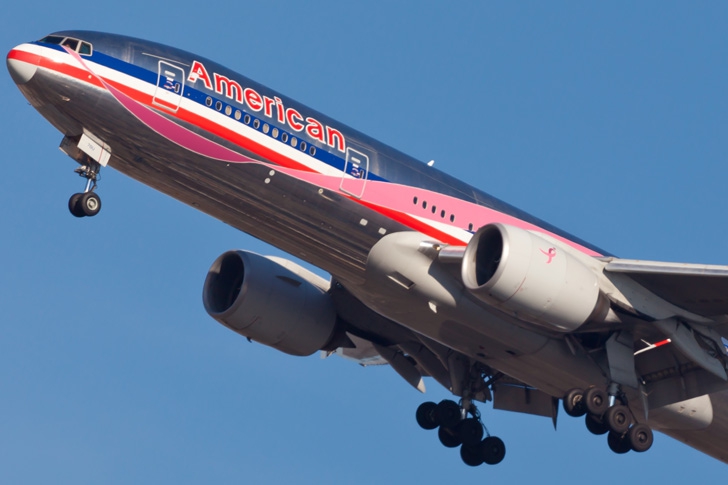 UPDATE: A second American Airlines flight has been forced to make an emergency landing after passengers and crew reported feeling queasy.

Shortly before 11pm on January 28, an aircraft heading from Rio de Janeiro to Miami was diverted when several persons on board became ill, with reports of some passing out.

A female passenger told newspapers about the ordeal, which confined passengers to the aircraft on landing at Brasilia airport for two hours, and said that some passengers had heard the crew mention an “oven cleaner reacting badly.”

Experts claim that the cause of the sickness could be one of several, including faulty air-conditioning, malfunctioning machines in the galley, a leaking substance in a passenger´s bag or simply hysteria caused by a domino effect triggered by one person falling ill.

American Airlines, who are reported to have made record profits in 2015, have yet to release a statement about the latest incident.

AMERICAN AIRLINES flight AA109, from London to LA, was forced to return to Heathrow after passengers and crew onboard began to feel light-headed.

Reports confirm that a total of two passengers and six cabin crew were affected, with all experiencing faintness and one flight attendant said to have collapsed.

A passenger on the flight, Lee Gunn, told reporters that those onboard first became aware of a problem when they heard “a Tannoy announcement asking for any doctors, nurses or medical professionals on board to report to the boarding doors to assist with unwell passengers.”

Panic quickly consumed the LA-bound travellers as it dawned on them that several people had gotten sick.

The boy band Race the Horizon, who were finalists on 2012’s Britain’s Got Talent, were also onboard. Singer Kris Evans was one of them and has since told reporters “It was just a bit mad. We didn’t really know what was going on – initially we thought it was to do with the air conditioning.”

The captain is reported to have announced his decision to turn the Boeing 777-300 back as soon as he learned of the alarming symptoms to strike those on board, telling passengers that he wasn’t willing to risk continuing the journey as he wouldn’t have the crew to assist.

On landing back in London, passengers were forbidden to disembark initially, with emergency vehicles, including paramedics, ready to spring into action on the runway.

While passengers waited patiently to be let off the aircraft, tests were carried out to establish any ‘elevated levels of substances,’ and all luggage was taken away for checks by airport authorities and American Airlines.

Investigators are still trying to work out the cause of the medical emergency that caused those onboard to experience “a loss of equilibrium.”

Seats on another flight to LA have been reserved for the unlucky travellers, who were also put up in a hotel for the evening.