Whiteout cripples parts of the US 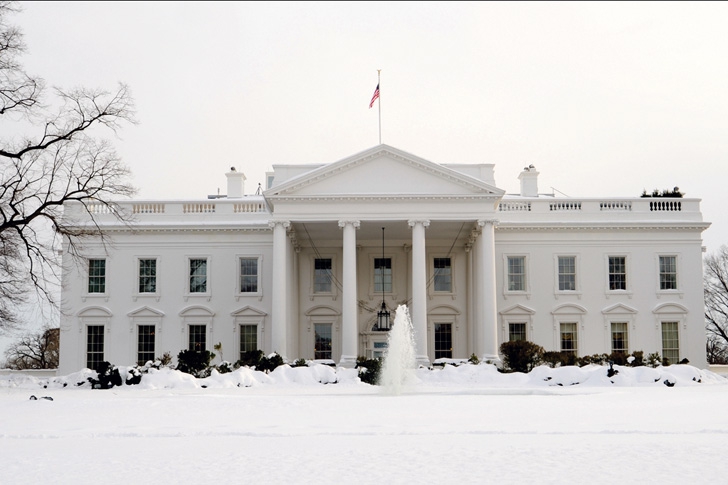 WEATHER conditions in the last week have caused untold difficulties

THE east coast of America is normally pretty well-equipped to deal with snow, but the weather conditions in the last week have caused untold difficulties.

It is estimated that at least 31 people have died due to car accidents, carbon monoxide poisoning or heart attacks caused by shovelling snow.

The storm brought snow from the Gulf Coast to New England, with near-record snowfalls measured from Washington DC to New York City causing people to be cut off,  and roads, train stations and airports  to be closed, as well as mass purchasing of food, leaving shelves empty and some people hungry.

Central Park in New York, with just under 30 inches of snow, saw the second highest fall since records began in 1869, and all of the main freeways on Long Island were closed to traffic.

Plenty of children appreciated the fact that schools were closed, and those with skis had an unexpected opportunity to enjoy their hobby, as many companies and government departments decided it was safer to close rather than face the risk of injury to their staff.

Forty-eight million viewers dropped in to YouTube to see the Washington Zoo’s Giant Panda Tian Tian rolling around in the snow, and even a Maryland man in a panda costume managed to attract 500,000 viewers doing the same thing.

Despite the fact that part of the largest economy in the western world was paralysed for a few days, it doesn’t appear to have had a major effect on the country, although once the thaw sets in, flooding could become a major headache and hit the insurance industry particularly badly.

With the storm heading across the Atlantic, both Britain and Ireland can look forward to an extended period of cold weather, and even Spain can anticipate a bit of a fall out with some chilly nights, although it is unlikely to be particularly uncomfortable.

A combination of unseasonably mild Atlantic waters, a cold snap from Canada, and a slow moving front coupled with the effects of the El Niño weather event in the Pacific, which may have warmed the Atlantic, have combined to create these extreme weather conditions. Although happily they are not as bad as those depicted in the 2004 film ‘The Day After Tomorrow’.