Spy in the Sky vulture released by Lebanese 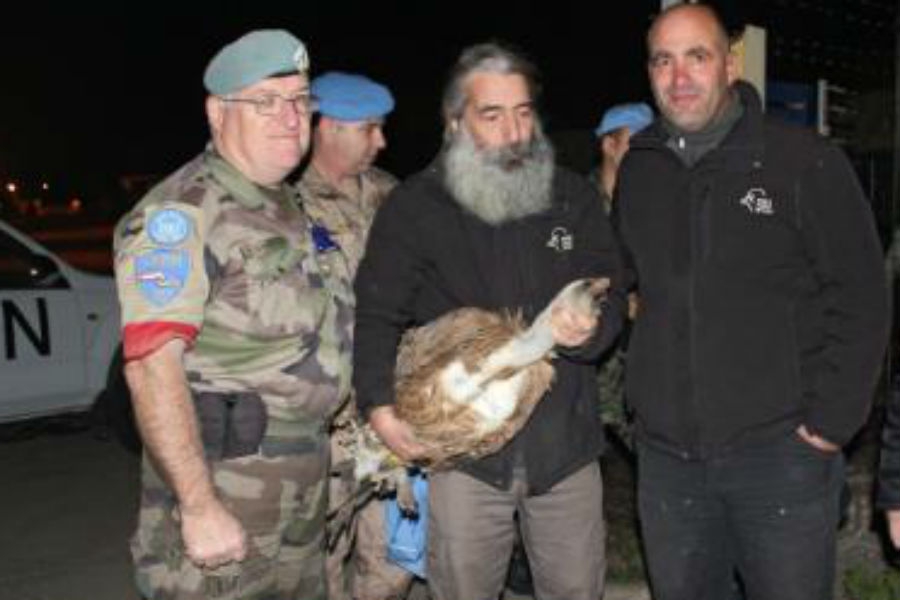 Eldad Eitan (R), Yigal Miler (C) and an officer of the United Nations together with the released vulture.

DURING the Napoleonic wars, a French ship sank off the coast of Hartlepool and the only survivor was said to be a monkey dressed in a sailor’s uniform which was promptly found guilty of being a spy and was hung.

Then during the Second World War, the Russians trained dogs to attack German tanks with explosives strapped to their backs. Unfortunately, many of the dogs had been trained when everything was quiet and when they charged in a battle situation they were either shot or were scared and ran back to their own lines, blowing up Russian soldiers.

Now a vulture has been detained in the Lebanon suspected of being an Israeli spy. The rare griffon vulture, which had been imported from Spain, flew across the border between the two countries from an Israeli game reserve and was caught by local villagers who on seeing that it had a tracking device affixed assumed that rather than being part of a scientific experiment, it was actually an Israeli spy.

Tel Aviv University was tracking the bird, and in addition to the transmitter, it had tags on its wings and an engraved metal ring on its leg saying: “Tel Aviv Univ Israel”.

“In a discreet operation with the Lebanese and with the great help of UN forces and the UN liaison unit, the Israel Nature and Parks Authority was able to return the vulture that was caught a few days ago by villagers of Bint Jbeil, Lebanon,” an Israeli statement released on January 29 said.