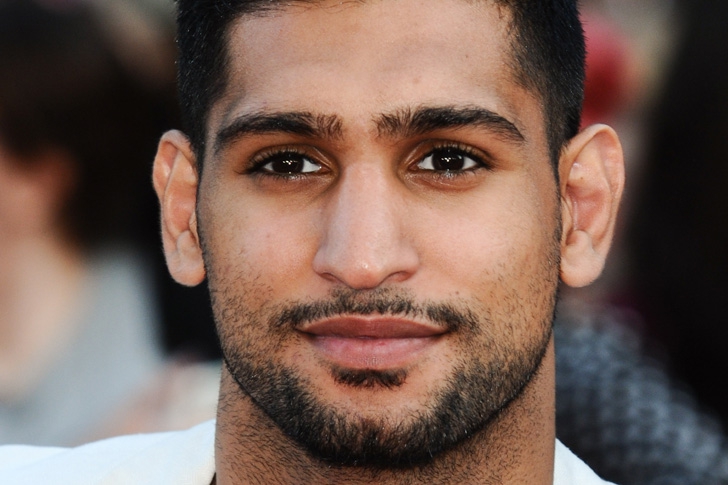 A SURPRISE announcement has confirmed that former two-time world champion Amir Khan will face popular Mexican star Saul ‘Canelo’ Alvarez for the latter’s WBC middleweight title in Las Vegas on May 7. The British Olympian will be stepping up from welterweight where he has recently campaigned as he continues his recovery from a brutal knockout at the hands of newly crowned 147lb champ Danny Garcia in 2012.

It’s a move which has surprised boxing insiders and offers an intriguing match-up between the fast fists and speedy footwork of the Bolton man against the solid power and significant weight advantage of the 25-year-old Mexican who ripped the middleweight title from future hall of famer Miguel Cotto in November.

With the sole loss on his impressive 48-1-1 record coming to retired boxing mastermind Floyd Mayweather, Canelo will be a heavy betting favourite going into the bout due to his likely rehydration in the mid 170’s and Khan’s notoriously suspect defence. The bout will take place at a catch-weight of 155lbs, with Khan’s previous title triumphs coming in the 140lb division.

With Khan advised by the powerful Al Haymon, and Alvarez the signature star of Oscar de la Hoya’s Golden Boy Promotions, the fight also opens up the intriguing possibility of a thaw in the relations between the two promotional companies, fired up recently by a $300 million lawsuit.

Khan has dodged criticism recently over his perceived refusal to fight Sheffield rival Kell Brook who is the current IBF welterweight champion at 147lbs. Representatives of the two had reportedly been trying to hash out a deal for a summer fight at Wembley stadium but encountered frequent difficulties over division of the riches. In this respect Khan’s taking of the Canelo fight is a smart move, earning him a chance to capture the spotlight against the third biggest attraction in the sport after his publicly sought after bouts with Mayweather and Filipino legend Manny Pacquiao failed to materialise.

Canelo, however, has already received criticism for his frequent use of 155lbs catch-weights when he owns the WBC 160lb middleweight title, and the match-up against a much lighter contender will do little to deflect his detractors. Hardcore fans are calling for the Mexican to take on Kazakhstan knock-out artist Gennady Golovkin, whom many perceive as the real champion at 160lb.