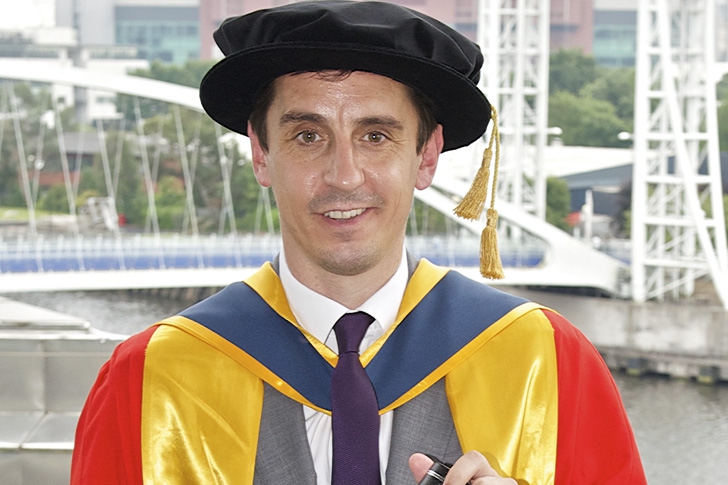 FORMER Manchester United icon Gary Neville is hanging on to his job as Valencia manager after his team were thumped 7-0 by Barcelona in a massacre described by the club sporting director as “one of the worst in our history.”

The media descended on the Englishman, who is also assistant manager of the England national team, at a tough press conference where he was asked three times whether he was considering resignation. Stating a firm “no” in response to the first question, he dismissed the others and later admitted it was one of his most painful nights in the game.

Four goals from Luis Suarez and a hat-trick from Lionel Messi punctuated the thrashing, which was in the first leg of the Copa del Rey semi-final at the Camp Nou. His side were down to 10 men after the first half sending off of Shkodan Mustafi, but did little to mitigate the humiliation thrust upon fans, staff and players alike.

“The fans didn’t deserve that tonight. We have to recover incredibly quickly,” the former defender with 85 England caps said.  “I last had doubts as a player 18 years ago and from that moment on I developed a mechanism to deal with situations like this. Be clear, we have to deliver on Sunday [against Real Betis].”

The trouble is that the result, terrible as it was, was hardly a flash in the pan. Valencia have failed to win their last eight league matches, and lost a league game at home for the first time in more than a year to Sporting Gijon. Valencia currently sit 12th in La Liga, with only five victories to their name in the campaign thus far.

Sporting director Garcia Pitarch hardly gave a resounding support of the club’s new manager when he stated: “We know what we have to do. We know the situation the club is in is difficult. We have to reflect internally whilst recognising we have caused tremendous disappointment to our fans.”