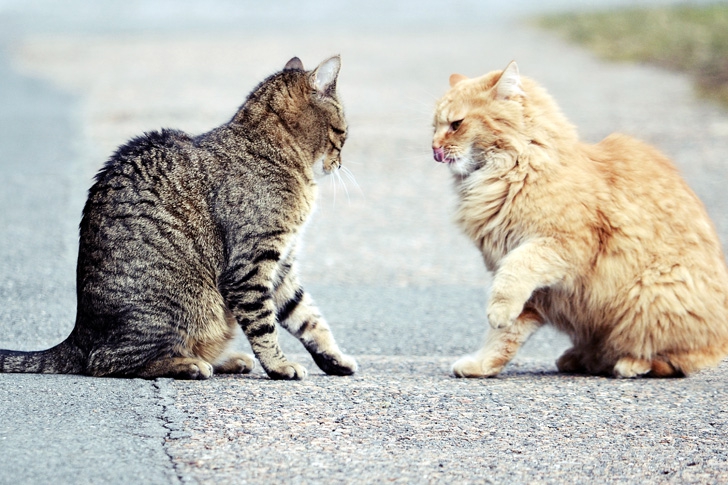 INTRODUCTION: It can take months and months for harmony.

WILL those already in your care accept them?

YOUR responsibility should be primarily for the cat or cats already in your care. Think hard before asking a very elderly cat to put up with a new companion.

Kittens may be accepted better than an adult cat, but kittens often pounce on and pester old cats. Some old cats will mother a kitten, others definitely won’t! A very energetic kitten can make an old cat’s life a misery.

It can take months and months for harmony and sometimes the cats will never be friends. An introduction takes at least a month, don’t hurry it. The more slowly you do it, the more likely it will work out OK.

Cats which are used to a multi-cat household will be less upset than a cat which has lived alone. Get a kitten from a cat shelter, which will promise to take it back if the introduction really doesn’t work out. A male female mix is probably better than all female.

Be careful about accepting the local stray into your home. Ask yourself if an existing cat should have to put up with a former stray, who may bully her or him.

Also think about checking for FIV, the cats Aids equivalent, before final acceptance. In the case of a stray cat, you can feed it, and then when it is tame enough find it a new home through the local rescue centre.

The best way to introduce a new cat is to give it an indoor pen with food, litter etc. If you can’t borrow or buy one, give the new cat its own room, so that it feels it has safe territory. Shut doors, windows, and block chimneys before letting it out.

If possible retreat holes like a covered cardboard box with entrance hole, or a cage/den. Put familiar toys (if available), feeding bowls etc in the room. Put a litter tray in the room. You can’t expect a cat to go outside in the first few days, and if you let it, you may not see it again.

Mix the smells. From the point of view of a cat, anything which smells strange is an intruder. Give the new cat something to sleep on which smells of the old cat, then vice versa.

Use the same grooming tools on both cats. Pet one, then go to next room and pet the other. Transfer used litter from the new cat tray to the old cat’s tray and vice versa to mix smells.