The joker’s wild and hurting the pound 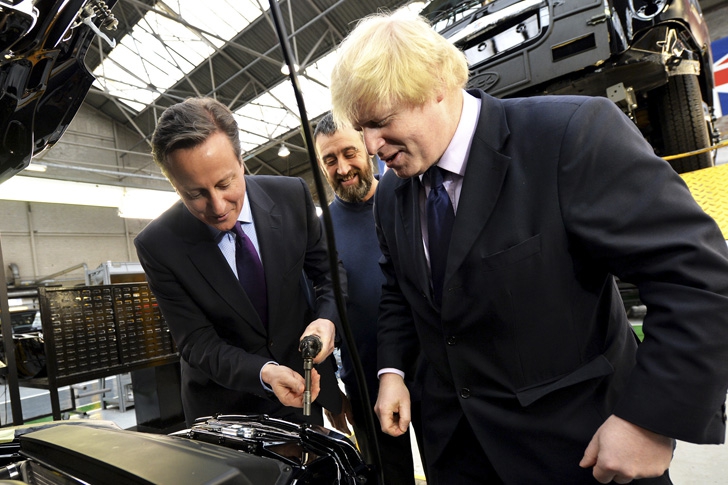 David Cameron and Boris Johnson before the announcement.

ALTHOUGH often portrayed as a bit of a buffoon, the very astute Boris Johnson is being taken seriously by currency markets, especially in the USA, and his bombshell announcement that he would back a British exit from the European Union has actually hurt the already weakening pound.

According to the Mayor of London, the financial advantages of leaving the Union will far outweigh any advantages of remaining and he is taking a massive gamble with his own political future as many commentators believe that he has thrown his hat into the ring as the potential next leader of the Conservative party.

If as he believes, Britain does vote to leave the Union, then it is more than likely that David Cameron will do the honourable thing and fall onto his sword, resigning as Prime Minister and leaving the way open for Boris to fight with other pro-Brexit campaigners such as the generally disliked Michael Gove or failed former leader Iain Duncan Smith.

Whilst he is far shrewder than he is often given credit for, it is just possible that he underestimated his own power to hurt the pound although now the credit analysts Moody have come out and said that the cost of leaving will almost certainly outweigh the cost of remaining.

They also forecast that until such time as the referendum is held and the future of the United Kingdom is known then sterling will remain in the doldrums against both the euro and the dollar.

As an added worry, it is also rumoured that in the event that the majority of England votes to leave and the majority of Scots vote to remain then the SNP will demand another referendum on Independence which in turn will keep the pound in the doldrums even longer.

The one consolation is that whilst the pound is hovering around the €1.3 mark, it hasn’t dropped to almost par which it did fall to several years ago.