Impassioned press release from Government of Gibraltar on relations with Spain 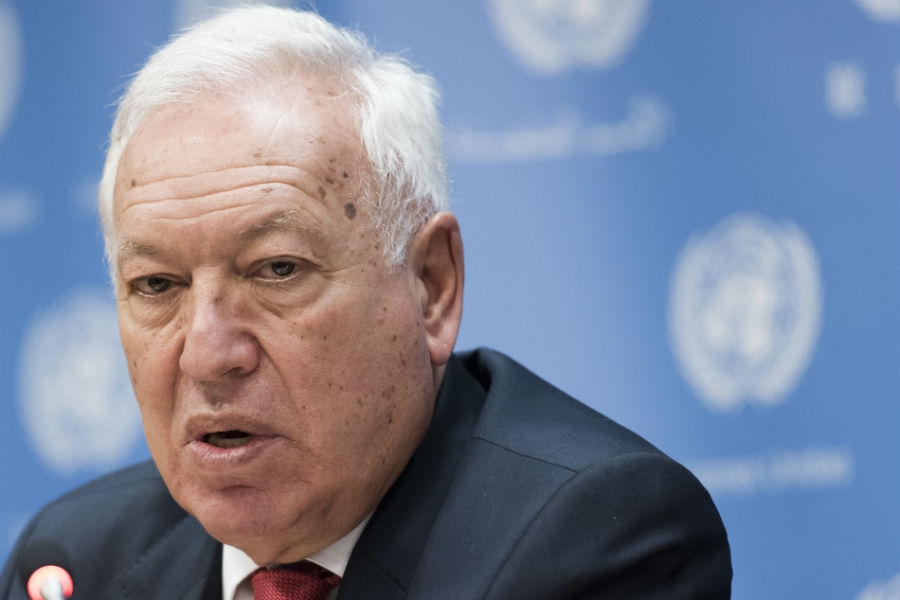 ON MARCH 4, the Gibraltar government issued a press release alerting those in Gibraltar of a radio interview on Radio Nacional de España which took place that morning with interim Spanish Foreign Minister Jose Maria Margallo where he made it clear in the event of a vote for the UK to leave the EU he would then raise the question of Gibraltar on the very next day.

This gung-ho statement by the 71-year-old who may see a position in a future government if there is a new election in 2016 and his party the PP reverse all of its losses and returns to power is unsurprising,  but there is little that he can realistically achieve this year apart from rattling his sabre.

The Gibraltarian position is that his comments are perfectly consistent with the analysis contained in the UK Report which in the previous week highlighted the possibility that Spain could take advantage of a Brexit in order to close the frontier.

The press release also reminded the world at large that in 2013 Mr Margallo floated the idea of a frontier toll in order to charge motorists driving into Gibraltar. This was not proceeded with after the European Commission let it be known that such a toll would be contrary to European Union law.

The Chief Minister, the Hon Fabian Picardo QC, said: “This is exactly the type of attitude that we have come to expect from Snr Margallo and it no doubt pervades so many others of his mind set. It usefully sets out the danger that those who choose Brexit potentially create for Gibraltar if there is also a Partido Popular government in Spain in the future. This is as vivid an illustration as possible of that”.