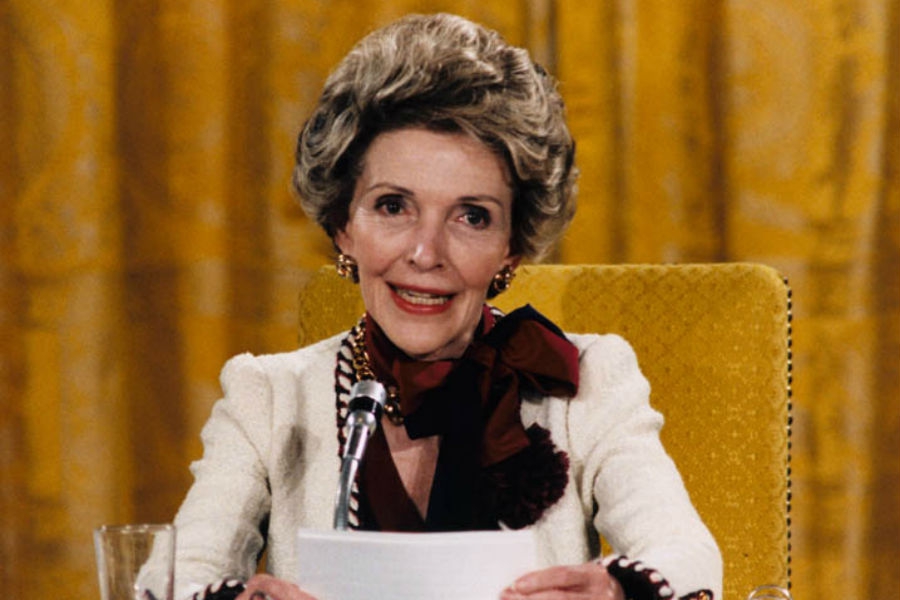 NANCY REAGAN, arguably the most famous First Lady of the 20th century, has passed away in her home in Los Angeles, California at the age of 94.

Reagan died of congestive heart failure, according to her spokeswoman, Joanne Drake.

Reagan was born Anne Frances Robbins in New York City, but often went by the nickname ‘Nancy’. Just like her husband, she initially enjoyed a successful acting career in Hollywood, but in an unexpected twist of fate, she was whisked to the White House with her husband Ronald when he was elected president in 1981.

Nancy Reagan was an extremely influential and vocal presence during her time in the White House. Among her chief contributions to the American psyche was her presence in the “Just Say No” drug campaigns of the 1980s.

She was not without her critics. Her husband’s former chief of staff, Donald Regan, wrote a book that was a scathing critique of her influence over her husband, crucifying her for using astrologers to determine the president’s schedule. She was also at times criticised for wearing expensive gowns to events and ordering outrageously expensive china for White House dinners.

If nothing else, Reagan will be forever remembered for her perseverance and devotion. She was a breast cancer survivor, who underwent a mastectomy in 1987, but it seemingly didn’t slow her down one bit, as she was a visible public presence right up to her death, never afraid to have her voice heard and her opinions known.

She was also noted for the extraordinary love and steadfast devotion that she always displayed towards her husband. After the assassination attempt on Ronald Reagan’s life in 1981, she stayed almost around-the-clock by his beside until he was finally out of the woods.

“He was the center of her universe,” Reagan’s press secretary Sheila Tate said. “And I think when he died, we worried so much about how she’d hold up. But she always surprised me. Whenever the going got tough, Nancy Reagan did just fine.”