A new scam to contend with 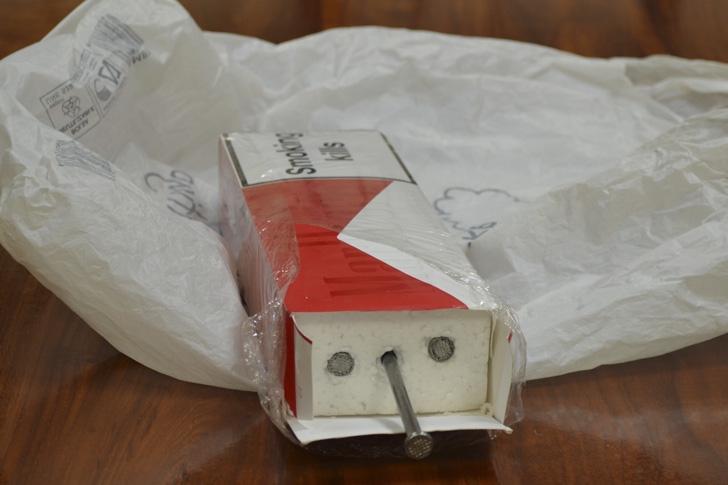 ONE OF our readers from Mijas has alerted us to a new twist on an old scam which caught her out and cost her €25 whilst visiting Malaga with her son.

She was sitting outside a restaurant having finished her meal and was having a cigarette with her coffee when she was approached by a well-dressed young man who explained that he was embarrassed to ask but was short of cash and had three cartons of cigarettes which he had purchased in Gibraltar and needed to sell.

After initially asking for €35 for a sealed carton, he eventually agreed to accept €25 and put one of the cartons into a plastic bag and passed this to our reader.

Obviously, in any case where you purchase something on the street from a stranger at price that is below normal cost, there is an element of caveat emptor (buyer beware) and in this case, it is very apt as when she returned home and opened the carton, instead of 10 packets of bargain cigarettes, she found a nicely shaped slice of polystyrene with three large nails embedded to add to the weight.

The lady herself admits that she was silly in buying this carton and recognises that she shouldn’t have tried to obtain cigarettes on which tax had not been paid in Spain, but the opportunity was too much for her.

The loss of money is less damaging than the loss of face in front of her teenage son, but she wants to warn others about this scam, as she would hate to think what would happen if a tourist purchased a couple of cartons and was stopped when bags were x-rayed at the airport when returning home.

Having seen the  carton, it looked very convincing but there were two giveaways to it being fake, firstly it was wrapped in the wrong form of cellophane and secondly it had printed on the carton ‘Duty Free’ which meant that it would not have come from Gibraltar.