Having the courage of his convictions, John Longworth resigns 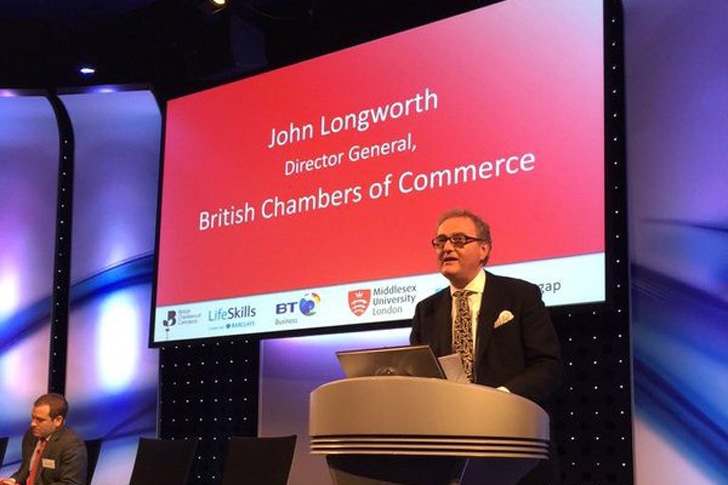 IT IS refreshing to see someone having the courage to resign over a point of principle but this is exactly what John Longworth, director general of the British Chambers of Commerce has done, following his speech regarding a belief that Britain would prosper if it were to leave the European Union.

Regardless of which side of the debate one might sit, it is so unusual nowadays for anyone in a position of public recognition to simply resign so that they can the freedom to promote their belief or understanding on any matter that he deserves recognition.

Speaking at the British Chambers of Commerce annual conference in London on March 3, Mr Longworth said “My first observation is that it has reinforced my long held belief that the very best place for the UK to be is in a reformed European Union.

“My second observation is that I have come to the conclusion that the European Union is incapable of meaningful reform, at least in the foreseeable future.

“It certainly does not appear capable of the sort of reform necessary to give the UK the breathing space to fulfil its true potential.”

Later that same day, he confirmed to Sky News that he had said far more than would have been expected by the BCC and that this was his personal opinion, not BCC policy.

By March 5, he had been suspended and on March 6, the BCC announced his departure from his role. BCC president Nora Senior said the organisation was “non-partisan” and had decided not to campaign for either side in the forthcoming UK referendum on EU membership.

She added: “John Longworth and the BCC board recognise that John’s personal view on the referendum is likely to create confusion regarding the BCC’s neutral stance going forward.

“In light of this, John has taken the decision to step down as director general and his resignation has been accepted by the board with effect from 6 March 2016.”


This apparent joint decision has encouraged pro-Brexit campaigners to accuse the government of managing his exit which claim has been rejected by Defence Secretary Michael Fallon as being yet another bizarre conspiracy theory whilst support for him has come from Boris Johnson and UKIP leader Niger Farage who said “I’ve met John Longworth, who is a thoroughly decent man. He has been treated appallingly for supporting Brexit”.