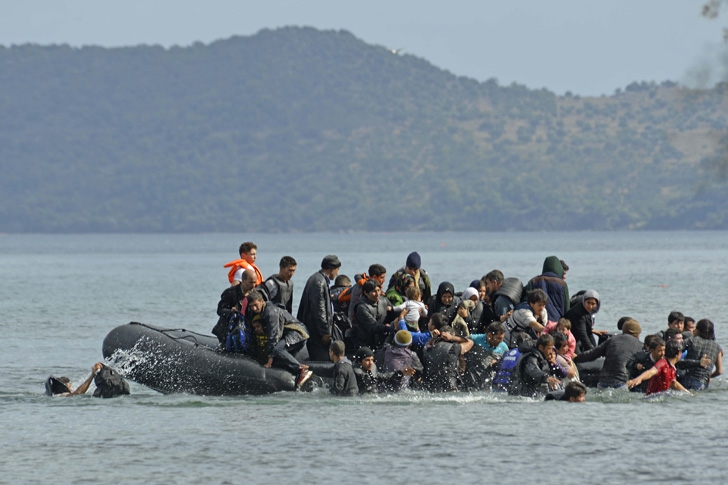 Tragic events over the weekend when 25 people drowned off the coast of Turkey.

AN EMERGENCY summit on tackling Europe´s largest refugee crisis since the Second World War is being held in Brussels on March 7. EU and Turkish leaders are in talks to stem the flow of migrants mainly arriving from the Middle East in their efforts to try and reach Northern Europe.

The northern route through the Balkans is being closed in attempts to stop the continuous stream of migrants and the EU is pressuring Turkey to take back economic migrants with payments of €3 billion proposed to Ankara.

More than a million people entered the EU illegally by boat last year, mainly travelling from Turkey to Greece.

Migrants usually leave Greece in a bid to reach northern Europe, but eight countries in the EU now have temporary border controls in place.

Currently there are around 13,000 migrants stuck in northern Greece, after Macedonia closed its border.

Tragic events keep occurring with desperate migrants continuously attempting dangerous boat crossings. Over the weekend another boat capsized off the coast of Turkey with 25 people losing their lives.

There are divided opinions within the EU over the migrant crisis with some countries taking on more migrants than others. Countries such as Germany and Sweden have opened their doors to huge numbers of migrants.

Discussions will be focussed on Turkey in the morning of the summit and move onto an overall discussion on how to tackle the crisis Europe wide later on. Turkey will be asked to take back thousands of migrants who do not qualify for asylum.

The numbers of people arriving in Greece are huge. A draft paper on the crisis states that the EU will “stand by Greece in this difficult moment and will do its utmost to help manage the situation”.

The EU said last October it would relocate 160,000 asylum seekers, predominantly from Greece and Italy, but there was strong opposition among some members and so far fewer than 700 migrants have moved.

The Schengen agreement will also be on the agenda. This currently allows passport-free travel in 26 countries although currently eight countries have closed their borders.

More than 2,000 migrants, mostly from Syria, Iraq and Afghanistan, continue to arrive every day in Greece from Turkey.

Macedonia, which is looking for EU membership, is currently blocking migrants on its border which has now been fenced off with razor wire and watch-towers.