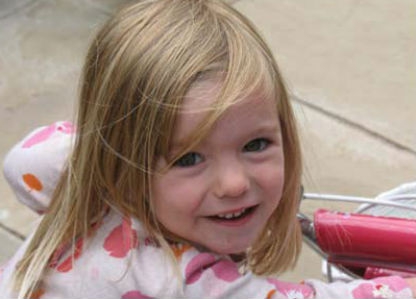 UPDATE: Since the story was published there have been further reports that the investigator´ claiming to have spotted Madeline is a fraud and refused to give his name or any supporting documents to authorities.

Reports go on to state that he only stayed in Paraguay a couple of days and didn’t speak with anyone raising questions over his credibility.

A HUGE POLICE operation is now underway after it was claimed that missing Madeleine McCann was spotted in South America.

A local news source in Paraguay alerted police and authorities after the child was reportedly seen in the South American country.

Madeleine, who would now be 12 years old, was sighted in the city of Areguá by researcher Miraz Ullah Ali.

Ali said: “My team and I received the information that Madeleine arrived in Paraguay a month or two ago and is living in Areguá in the custody of a woman.”

Deputy Chief of one of the police stations Sanny Amarilla, who are searching for the missing girl, confirmed that intelligence personnel from the Interior Ministry, four stations in Areguá, and local Interpol divisions are all looking for the young girl.

He said: “We are investigating neighbourhoods where there are foreign citizens, villas, condos, to see if there is someone with a similar description that corresponds to the newspaper clipping.

“This news stretches across the globe, it is very important. So if they are in the area we need to find this girl and return her to her family.”

Kate and Gerry McCann have stated that they have never heard of the investigator in question and have appealed for anyone with any information about their daughter to come forward.

A spokesman for the family said: “Kate and Gerry have been made aware of this sighting.

“They would encourage anyone who has any information about Madeleine to get in contact with officers from Operation Grange.”

Three year old Madeleine was taken from an apartment whilst on holiday with her family in Praia de Luz in the Algarve in 2007.

Over the years numerous sightings of the girl have been claimed but have all come to nothing. The countries where she has been spotted include Portugal, Sweden, Belgium, Morocco and The Netherlands.

Paraguay Interpol has said that this information: “should have been communicated to us”.

Sebastian Jara, from Paraguay Interpol, continued: “We have begun to move with all our might but for now we have nothing.”

Last month, Madeleine’s mum Kate McCann said she did not believe her daughter was ever taken out of the Algarve. The Metropolitan Police are also investigating these new claims.